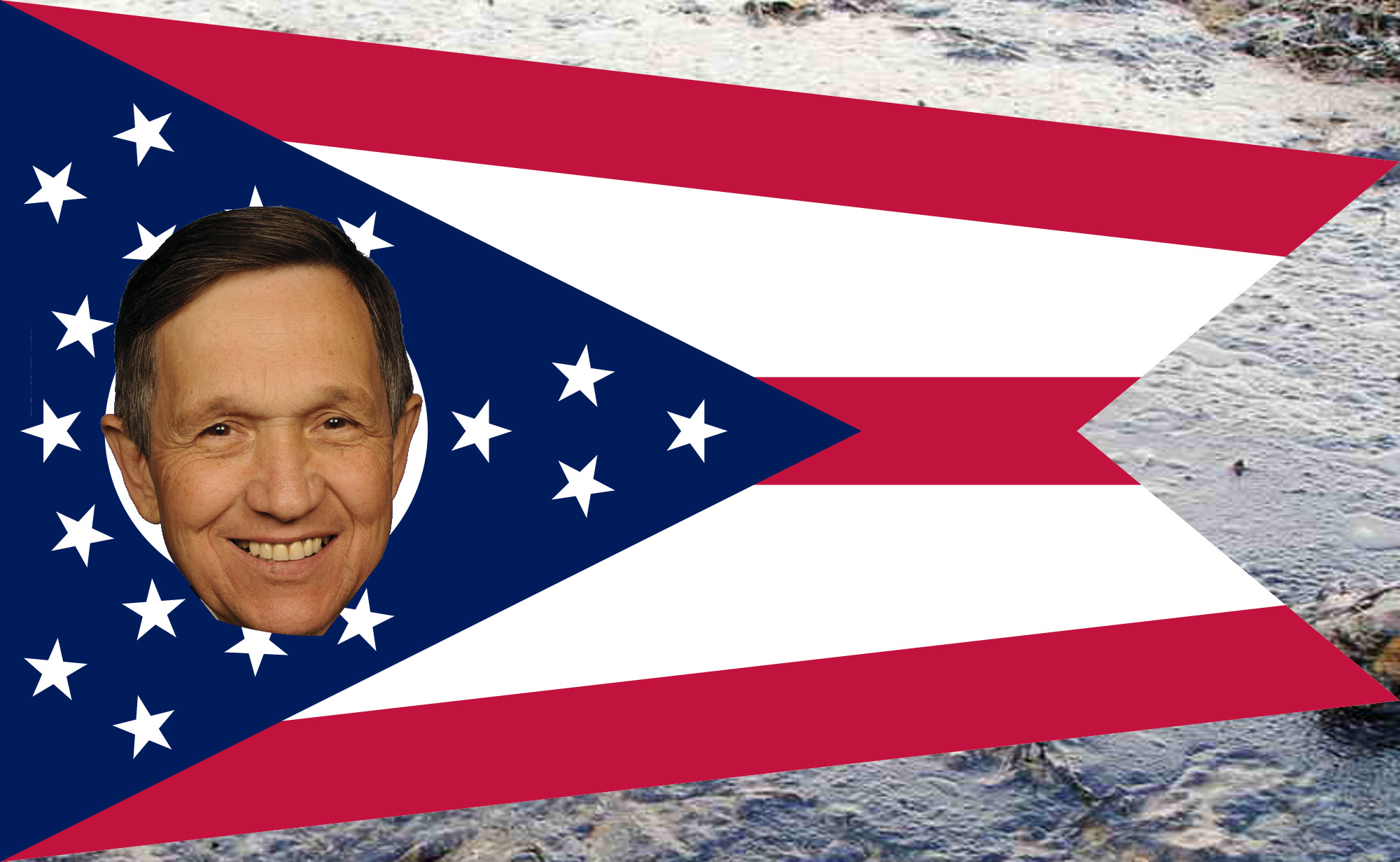 Dennis Kucinich was once the youngest mayor of a major city in the US, leading Cleveland through a hard fight with the banks and mobbed-up city contractors to save its municipally owned power plants and kill a plan to privatize the city's energy; after decades in Congress, he's running for Democratic governor of Ohio (a state whose Republican leadership has shamelessly corrupted the state's electoral process) and promising to kill fracking and oil extraction, fund studies that will produce the evidence to sue Big Oil, and create jobs by funding a conversion of the state to renewable energy.

When asked about the economic concerns from the chamber, the candidate was blunt about the tradeoffs. “No one has taken the time to monetize the value of fresh water, but ask the people in Flint about that,” he replied.

It is worth pointing out that Kucinich is not totally ambivalent about employment in the state of Ohio.

He is also campaigning on investments in public works projects — such as spending more money on basic infrastructure and constructing a statewide public broadband network.

In interviews with The Intercept, environmental activists in Ohio and across the country praised Kucinich’s approach.

“We’ve already leased more fossil fuels than we can burn if we hope to avoid the worst impacts of climate change. Immediately ending all new production is the type of bold vision that we need,” Friends of the Earth Senior Political Strategist Ben Schreiber told The Intercept. “For too long Big Oil has been used to benefit Big Oil and it is past time that it was used to actually help the American people.”

Dennis Kucinich Vows to End All Oil and Gas Drilling in Ohio If Elected Governor, and Then Take the Industry to Court [Zaid Jilani/The Intercept]