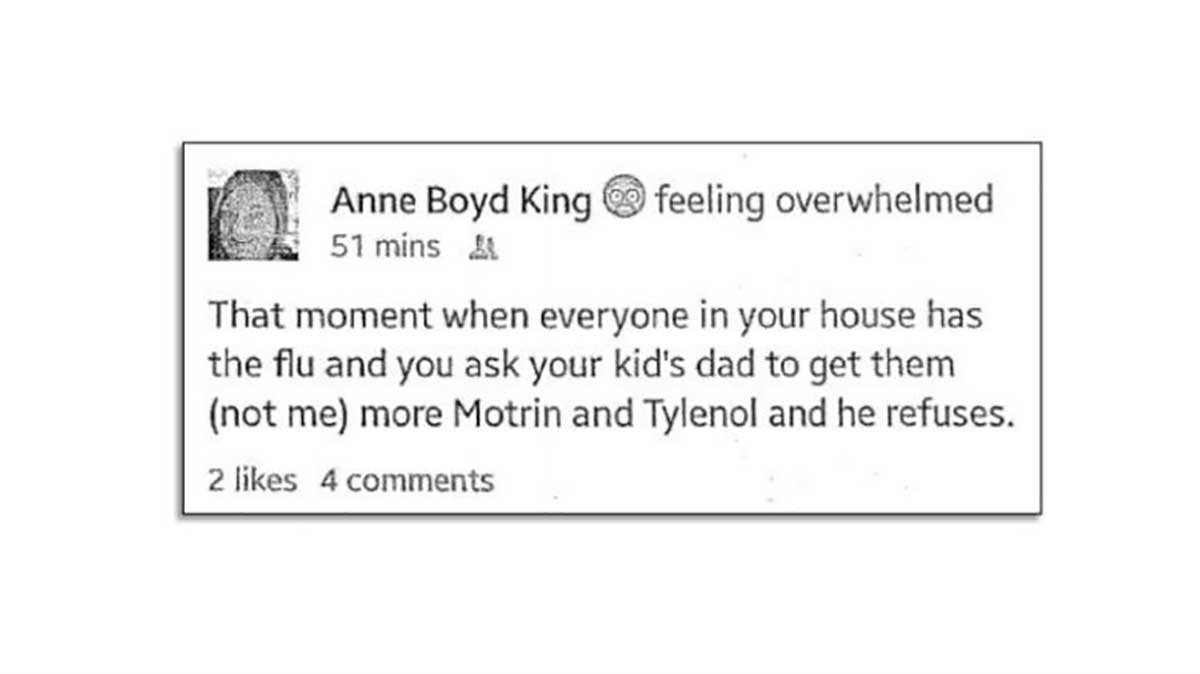 Corey King, a sheriff's deputy in Washington County, Georgia put out an arrest warrant for his wife, Anne King, after she posted on Facebook: "That moment when everyone in your house has the flu and you ask your kid's dad to get them (not me) more Motrin and Tylenol and he refuses."

Anne King's friend, Susan Hines, commented on the post, calling Deputy King a "POS." "Give me an hour and check your mailbox," she wrote. "I'll be GLAD to pick up the slack."

Deputy King told his ex-wife to delete the post. When she didn't, he requested a warrant to arrest both women on a charge of "intent to defame another, communicate false matter which tends to expose one who is alive to hatred, contempt, or ridicule, and which tends to provoke a breach of peace.

CNN reports on what happened next, which shouldn't surprise you:

The next day, a Washington County court magistrate issued warrants for both Anne King and Hines.

The women were charged with "criminal defamation of character," processed and spent about four hours in jail before posting $1,000 bail.

At their hearing, state-court judge stated there was no basis for the arrest and the case was dropped.

"I don't even know why we're here," the judge said, according to the complaint.

Also not surprising, Anne King is suing for compensatory and punitive damages and Deputy King is saying it's not his fault; it's Magistrate Judge Ralph Todd's fault for actually issuing the warrants.

Abbey Winters, the wife of Chattooga County, Georgia's sole county commissioner, was arrested Friday and charged with battery after pouring a drink on a reporter. The reporter had apparently asked her husband, Jason Winters, a difficult question about a trip to France. The drink was named as "soda", but the brand and flavor were not […]