Amazing Tales: a storytelling game with dice for kids and grownups 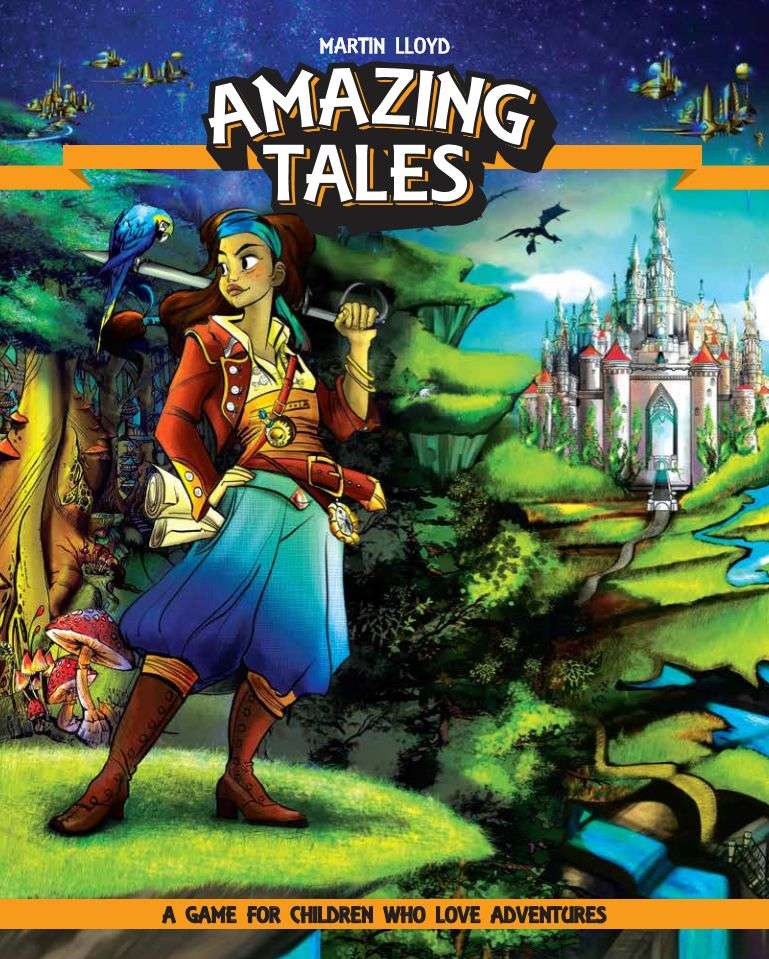 Tim Harford (previously) turned me on to Martin Lloyd's Amazing Tales, a storytelling RPG designed to be played between a grownup games-master and one or more kids.

Amazing Tales has a very streamlined mechanic that uses just enough dice-rolling to indulge the polyhedral pleasure of hoping for high rolls, but primarily relies on kids to tell the grownup how the story should go.

I played Amazing Tales across Australia and New Zealand over the past 3+ weeks with my 10 year old daughter, Poesy, as we traveled the region on my book-tour; it was a huge smash hit (indeed, I often had to call it off when I was getting tired because Poesy never wanted to stop).

Here's Harford's review, from a blog-post rounding up his favorite games:

The standout at the moment is Amazing Tales by Martin Lloyd – a wonderful role-playing game for parents and young children. I have, from time to time, run role-playing games with simple systems (a favourite is the classic Dragon Warriors – currently available as a pay-what-you-want pdf). But somehow with young children the system always gets in the way; there are too many things to keep track of both for them and for me. Amazing Tales radically strips back the system (name four things that your character is good at doing, anything from “making friends” to “escaping”) and encourages gameplay that can easily be done in 15 minutes, snuggled up at bedtime instead of a story. My son (six) loves it. My daughter (11) enjoys the odd game too. Congratulations to Martin for figuring out how to make this work.

How To Have Fun [Tim Harford/Undercover Economist]