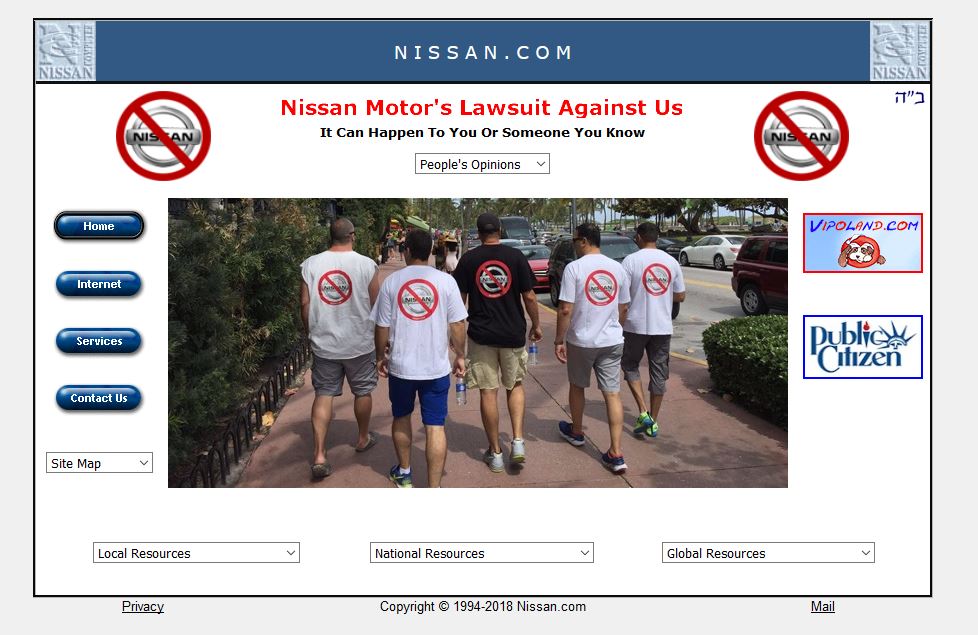 Uzi Nissan registed Nissan.com for his computer business 25 years ago, long before the web was of interest to big corporations. Later on, the car manufacturer Nissan knew his ownership was legitimate and that it couldn't make him to hand it over. So it ruined him financially with years of spurious, strategic legal action in the hopes he would yield. Mr. Nissan lost almost everything, but he still has his domain name.

"[Nissan Motor] knew that in the jury trial they were going to lose," Uzi told Jalopnik, "so at the last minute they agreed to take off the $10 million damages and go to a bench trial only for injunction, like to win nissan.com." The final judgement came down in September of 2007.

Uzi won on trademark infringement, as the court found Nissan Motor's mark to not be inherently distinctive. Nissan Motor didn't have exclusive right to any and everything Nissan.

Nissan's hostile, entitled attitude from the outset is terrifying. As soon as it was clear he wouldn't sell the domain, they sued him personally, structuring their lawsuit to make it as troublesome and expensive as possible to bring it to a close. They probably knew they never stood a chance in the long run, but gambled Mr. Nissan wouldn't have the money to fight them. He spent $3m to keep it, on principle.