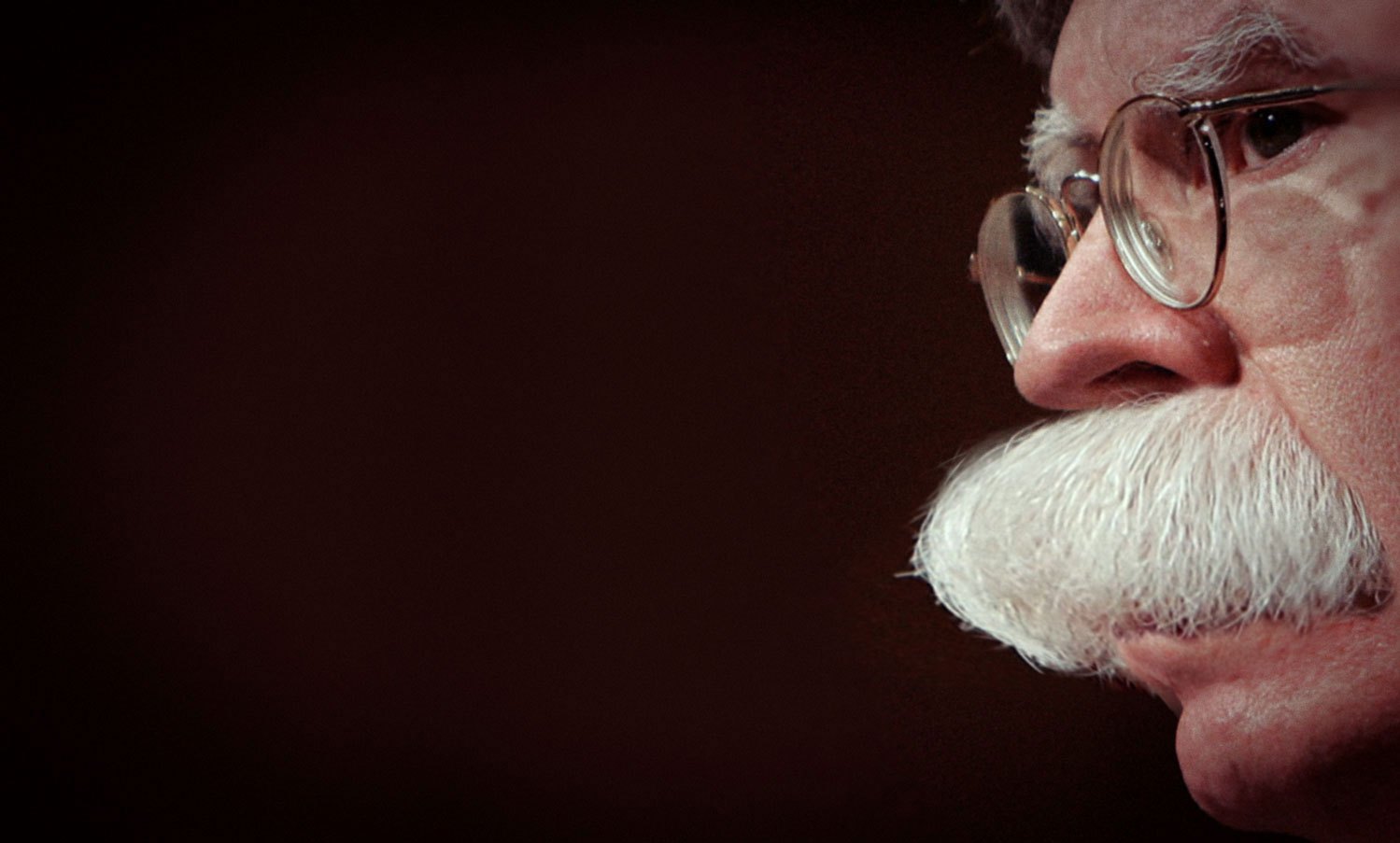 Trump's cartoonishlyvhawkish national security adviser, John Bolton, "reportedly made a bewildering threat against a former Brazilian diplomat who was butting heads with the US on Iraq back in 2002," says Business Insider:

The retired Brazilian diplomat, Jose Bustani, who was then serving as the director general of the Organization for the Prohibition of Chemical Weapons (OPCW), was trying to negotiate with Iraq and Libya to allow chemical weapons inspectors into their borders and to have them agree to destroy their chemical weapons, The New York Times reported in 2013.

But the US was reportedly not fond of Bustani's outreach to these countries, and Bolton, who was one of the primary architects of the Iraq War that began in 2003, himself visited Bustani to pressure him to step down from his post.

"We can't accept your management style," Bolton told Bustani in 2002, as Bustani recounted to The Intercept. "You have 24 hours to leave the organization, and if you don't comply with this decision by Washington, we have ways to retaliate against you," he reportedly continued. After a pause, Bolton reportedly said, "We know where your kids live. You have two sons in New York."

Bolton is still proud of his Iraq War, which resulted in over 170,000 civilian and combatant deaths, and spread misery throughout the Middle East, turning it into a breeding ground for all manner of terrorist organizations. He seems to like war at a distance though, writing, "I confess I had no desire to die in a Southeast Asian rice paddy," as a way to explain why he enlisted in the Maryland Army National Guard to avoid being drafted during the Vietnam War, where almost 60,000 US soldiers, mainly young men, were killed.

The New York Times reports that John Bolton, Trump’s former national security advisor, might turn out to be the loudest whistle of all in the case of Rudy Giuliani’s demented efforts to get Ukrainian officials to help Trump win a second term as President. Mr. Bolton got into a tense exchange on July 10 with […]