My friends have a new line of craft cocktail syrups 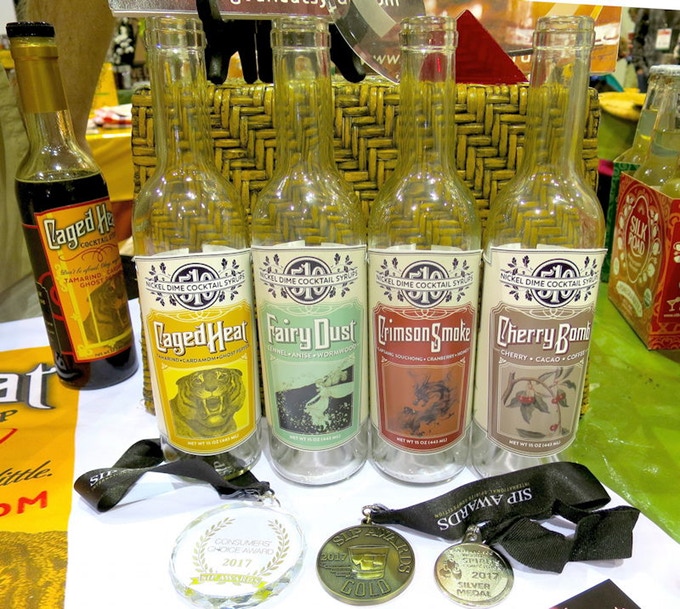 My longtime friend Jared Hirsch (previously) is an amazing mixologist (or as he humorously describes himself, a "cocktologist"). As a popular bartender at Sidebar in Oakland, he's always mixing up something new and creative for their menu.

Now, with his business partner Absinthia, he's crowdfunding a new line of craft cocktail syrups. They did this once before with great success three years ago. Their Caged Heat syrup hit its goal in just seven days. This time they're rolling out three new flavors: Crimson Smoke, Cherry Bomb, and Fairy Dust (which is like an alcohol-free absinthe). Check all of them out over at Kickstarter.

A super-cool robotic bartender inspired by Blade Runner’s Voight-Kampff machine? With an ordering menu screen that shows old Japanese whisky ad starring Orson Welles (giving a “dash of Tokyo-dystopian-future-retro weirdness”)? Yes! Enter the VK-01 Off-World Bartender. Its creator, Donald Bell of Maker Project Lab, explains: The year is 2040, and you could use a good […]