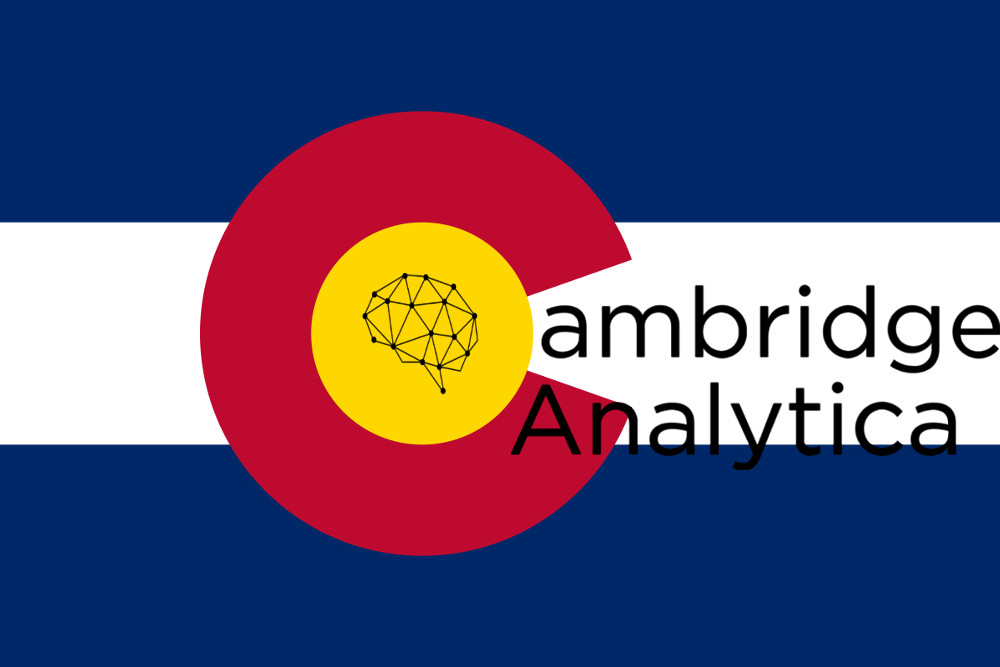 2016 wasn't Cambridge Analytica's first rodeo; in 2014, they worked for Republicans in races across the country.

Cambridge Analytica worked on five successful Colorado Senate campaigns in 2014; campaigns that delivered a majority to state Republicans; the Colorado GOP insists that they didn't sanction the use of Cambridge Analytica in these races and blames the company's involvement on the "Senate Majority Fund," a GOP fundraising organization.

Cambridge Analytica also worked on the US Senate campaign for North Carolina's Thom Tillis and a state senate race in Oregon.

In addition to Cambridge Analytica's dirty/illegal use of data, the company may have violated campaign laws by giving authority to direct campaigns to its employees, who are mostly foreign nationals from Canada and the UK. Speaking as a Canadian with British citizenship who lives in America, I can authoritatively say that this was a bad idea.

In Colorado, the firm helped Republicans target five state Senate districts: 16, 19, 20, 22 and 24, according to The Washington Post. The GOP candidate won in three of those five races (16, 19 and 24), effectively flipping the Senate back to GOP control. Denver Channel 7 reported that the firm took more than $444,000 in payments from Colorado campaign organizations that year.

According to Channel 4 News in Britain, there is still a cache of campaign data floating around containing information about 136,000 Coloradans leftover from those races. Similar information exists for residents of Oregon, according to the news organization. The information was inappropriately mined from Facebook and contains data about individual users' likes, dislikes, interests and personality characteristics.

The firm’s work in Colorado started with then-Senate Minority Leader Bill Cadman, who ascended to Senate President when the party recaptured the majority in 2014.