Mom rouses sleeping son on Easter morning by tazing him: "Get up! It's Jesus' day!" 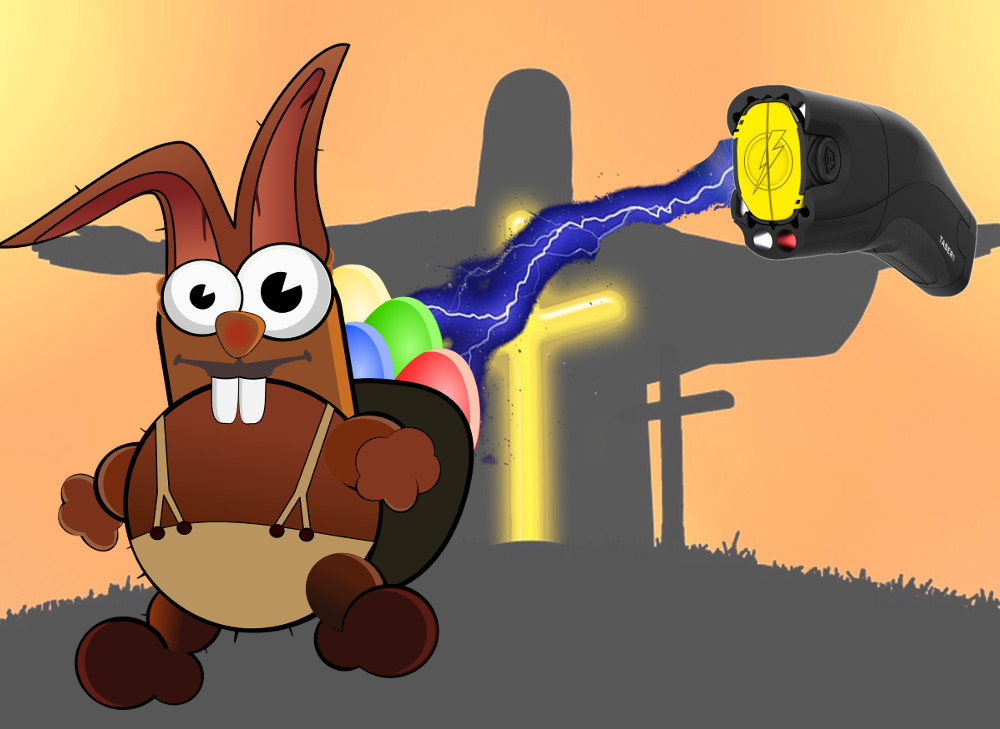 Phoenix-area mom Sharron Dobbins felt like her her teenaged son wasn't getting up quickly enough on Easter Sunday, so she tazed him in the leg while shouting "Get up! It's Jesus' day!"

Ms Dobbins denies the attack, saying she only brandished the Taser and threatened her son with it; she is at a loss to explain the raised marks on his leg where he says the weapon made contact.

Dobbins is also at a loss to understand why people might look askance at a mother who tazes her son, saying "No one writes a book on the correct way of parenting."

For the record, there is an entire genre of parenting books, and some of them are rather good.

Ms Dobbins has read at least some of the Bible, and she told an ABC 15 reporter that "I tell my sons to honor thy mother and thy father or their days will be shortened and that's my favorite."