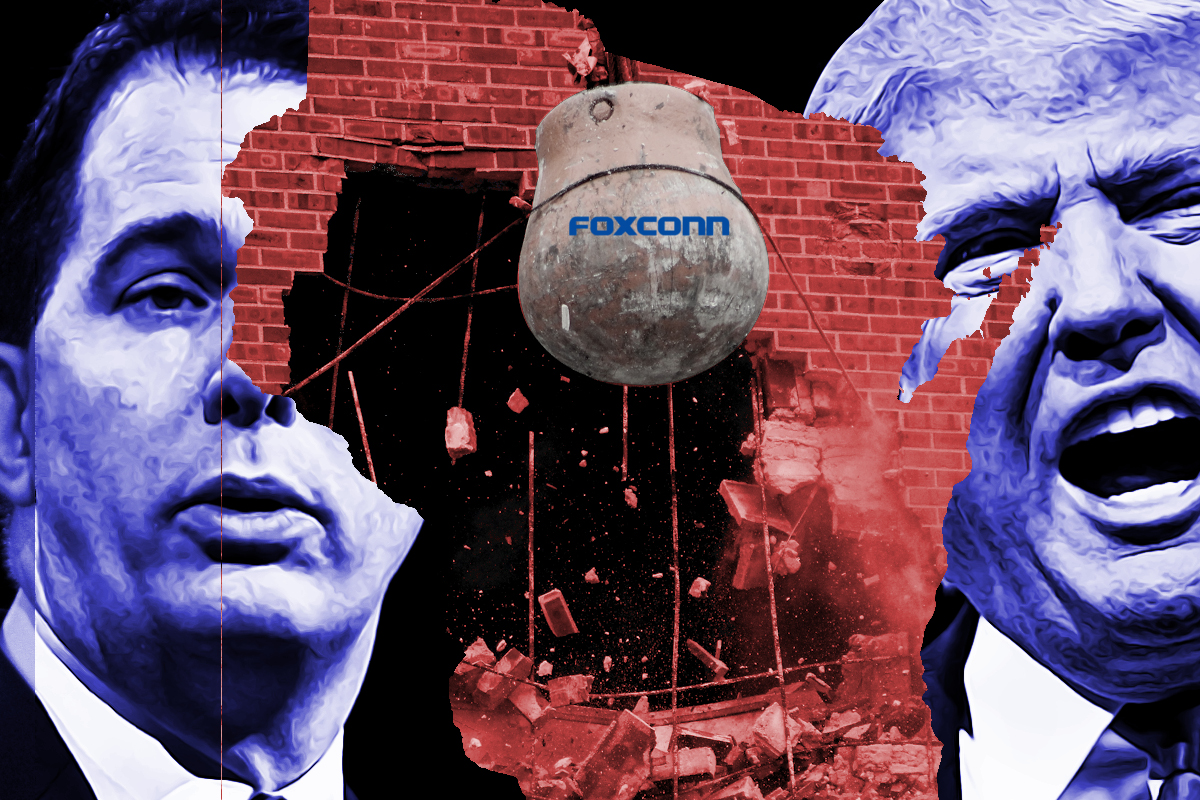 Last July, Wisconsin's far-right state government declared victory for its "free market" agenda when it announced that it would transfer $3,000,000,000 in taxpayer-funded corporate welfare to Foxconn, in order to tempt the company to open a factory in the state -- despite the company's long history of broken promises and outright lies about the jobs and spending in other places that had welcomed it in.

As part of the corporate welfare package, Wisconsin has agreed to secure a vast tract of land in Racine County for Foxconn's complex. The state is securing this land through eminent domain -- the process by which governments can force a sale of land for some public purpose, like building roads or clearing the way for power-lines.

Eminent domain is rife with potential for hard feelings (no one will ever feel good about being forced to sell their homes and move) and outright abuse, but even by those standards, the Wisconsin maneuver is dirty as hell.

To save money on the seizure of the homes of working people in Racine County, the county has declared the homes to be "blighted" -- that is, in such poor condition that they are effectively worthless -- allowing it to seize the land for pittances, leaving the former owners of the homes with massive mortgage debts on houses that no longer exist, with no cash to buy a new place to live. They are being wiped out.

The homeowners of Racine County were each given three minutes to speak at a town meeting, where their objections were recorded and disregarded. The speakers reminded the town that it had approved permits for costly renovations to their homes after it had privately promised Foxconn that it would knock those homes down; they pointed out that Wisconsin law prohibited this kind of eminent domain abuse; they vowed to sue.

Foxconn's already opened a small plant in Wisconsin. The workers there earn $14/hour. The jobs there were staffed through a national hiring agency that did not recruit from Wisconsin. Most of the workers there are classed as temps.

Kim and James Mahoney had been in their dream home less than a year when notified it was going to be razed for the Foxconn development. They’re still waiting for an offer, even as the process to condemn their property as “blighted” is underway.

Most of the speakers were homeowners who were still holding out hope that they could keep their properties, or at least obtain better offers. Others were just frustrated that they had yet to receive offers despite months having passed since the village-sponsored auditors had completed their assessments. They spoke of their history in these homes, the care and expense they’d lavished on their properties. Many brought pictures. “We spent our life savings on this thing, and now we gotta move,” said Alfredo Ortiz, an 18-year resident. “It’s an insult,” he added, reflecting the general mood of the testimonies. It was extremely personal for these residents; having your carefully maintained residence, or in at least one case, recently built dream home, designated as blighted.

In Racine County, neatly maintained homes and dream houses are being designated ‘blighted’ to make way for Foxconn [Lawrence Tabak/Beltmag]