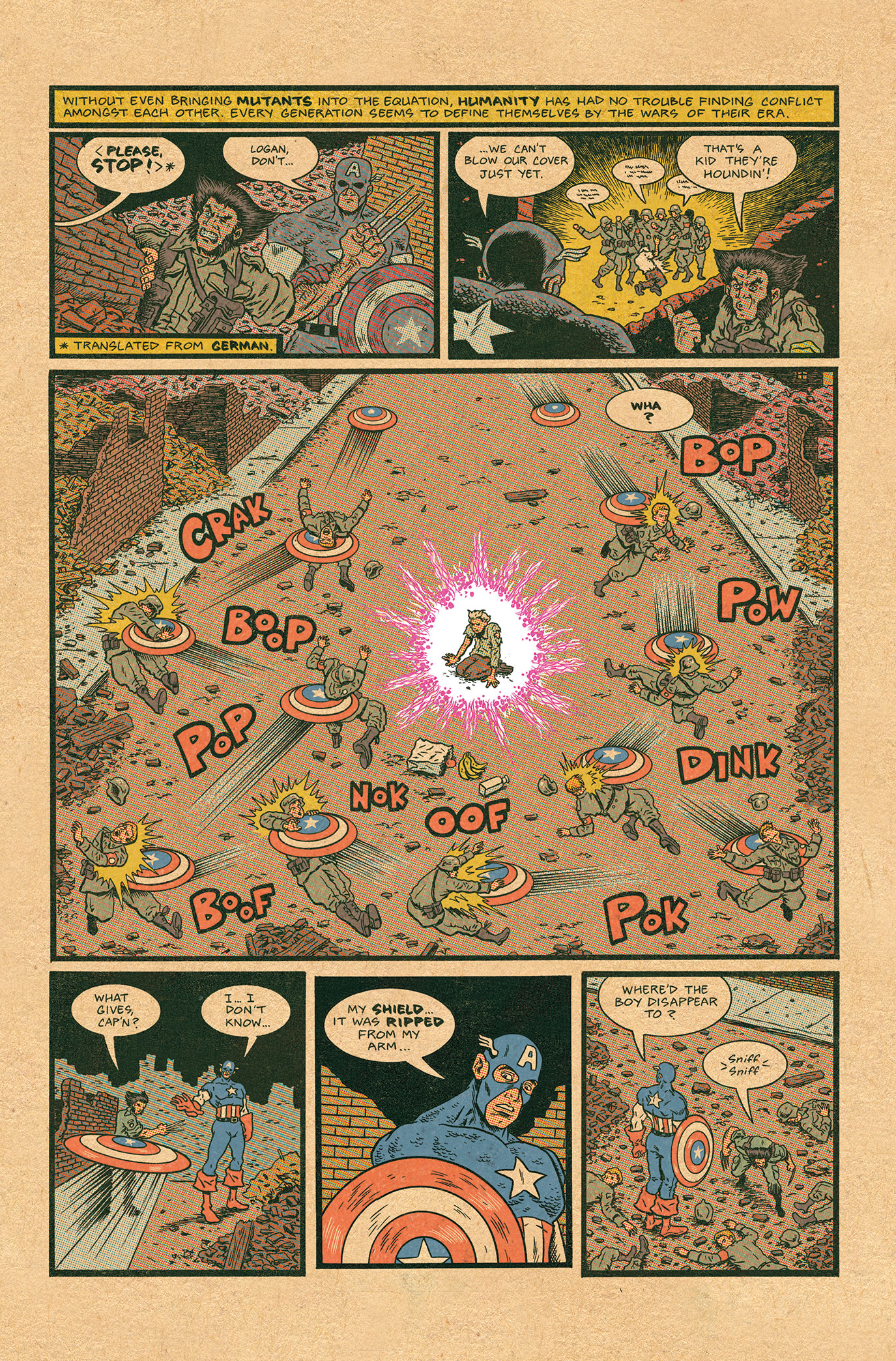 Welcome Ed Piskor back to Boing Boing (previously), where he'll be offering an annotated page-by-page look at the first part of X-Men: Grand Design, his epic retelling of how Marvel comics' pantheon of heroes came to be. Here's page 4; read the rest first — Eds.

If this were an Avengers comic, Captain America wouldn't worry about protocol or mission objectives in order to save the kid being menaced by nazis. This is an X-Men book so Wolverine gets to be the antsy guy ready to pounce. It’s immaterial regardless because Magneto handles his own business.

This page is inspired by the classic standalone issue 268 of Uncanny X-Men by Chris Claremont and Jim Lee set in 1941 with a young Captain America meeting Wolvie for the first time. There was also a great episode of the classic ‘90s X-Men cartoon called Old Soldiers (written by Wolverine co-creator Len Wein) that featured this dynamic duo. Both, the comic and the cartoon are equally awesome and you should check them out at any cost.

The splash panel with Cap’s shield busting up the nazis is a good formal use of comics which couldn’t exactly translate into other media. I don’t often include sound effects but I wanted to slow the reader down enough to communicate that each smack from the shield was its own unit of time. When you look at that image as a whole, time is traveling at the speed of that star-spangled shield.

When I do use sound effects I like them to look the way Wally Wood drew them (for those keeping score at home).

I haven’t talked about the unique use of white in X-Men: Grand Design. Many people are fooled into thinking the comic was printed on some kind of off-white vintage stock but in truth I just use Photoshop trickery to mimic that effect. Whenever I want to show some blinding light all that I do is omit the newsprint color from the page, thus allowing the true bleach-white color of the paper to show through. Reading the comic page after page one’s eyes begin to associate the newsprint color with white but when it actually shows up it’s very bright and noticeable.

In the last couple panels I wanted to play up the scale between Captain America and Logan (for those who only know the movies, Wolverine is about 5’1” when drawn correctly). Years ago when visiting the Mütter Museum in Philadelphia I remember seeing a preserved skeleton of a giant human being and thinking “If Captain America was a real guy he would be of similar stature and proportion.” I’m a nerd. Can’t apologize for it.