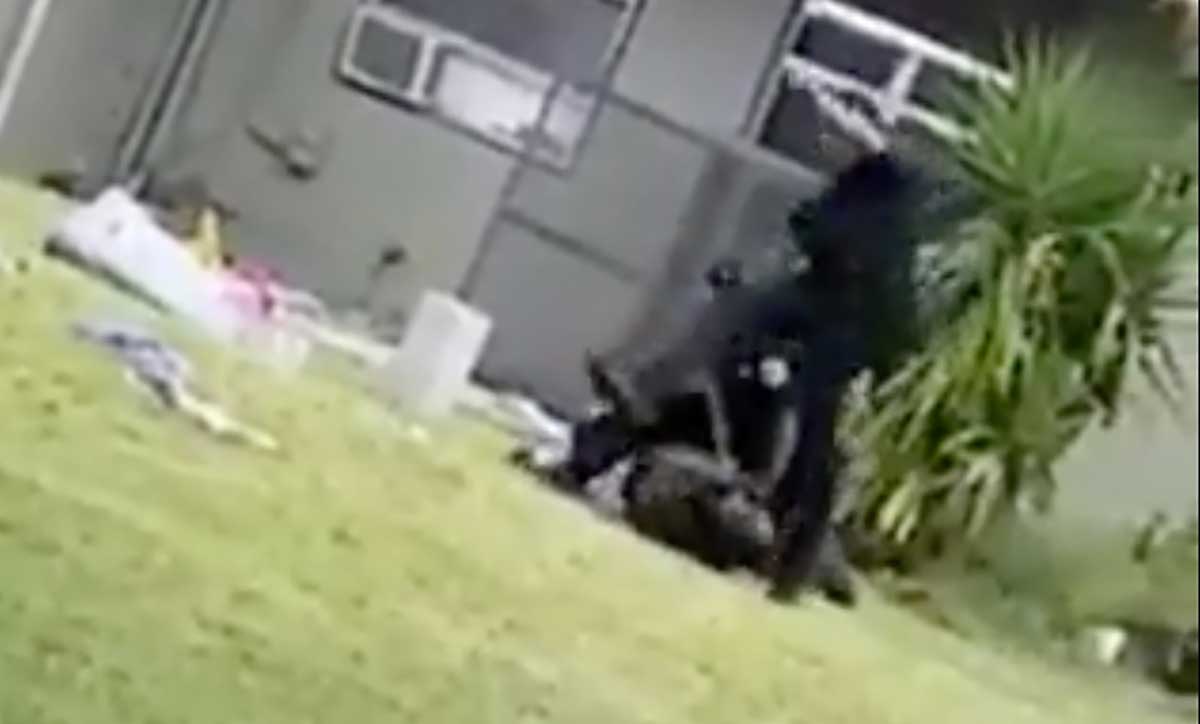 Miami Police officer Mario Figueroa looks like he enjoyed kicking a defenseless, handcuffed man in the head. Unfortunately for Officer Figueroa, his violent assault was caught on camera. A non-officer would have been immediately arrested for attacking someone this way, but since Figueroa is a police officer, he gets a paid vacation pending the results of an internal investigation.

The victim — reportedly identified as 31-year-old David V. Suazo — of the officer's kick is clearly not resisting during the video clip. It shows cops placing handcuffs on his limp arms as he lies face-down in a field of grass. Then, out of nowhere, a Miami cop sprints and kicks the man squarely in the head.

MPD released a police report to the media late Thursday afternoon — police say they tried to apprehend Suazo after he was allegedly caught driving a blue Jeep Cherokee that had been stolen in Broward County. The cops say Suazo fled, crashed into a wall, and then fled on foot and tried to resist arrest before being tased, but the clip shows Suazo clearly complying with officers' demands. County records show that Suazo was booked into the Turner Guilford-Knight Correctional Center on charges of grand theft, fleeing a police officer, resisting an officer without violence, and driving with a suspended license, but the police account reportedly makes zero mention of the fact that officers kicked Suazo right in the head on camera.