Australia says cash about to become illegal for purchases over $7,500 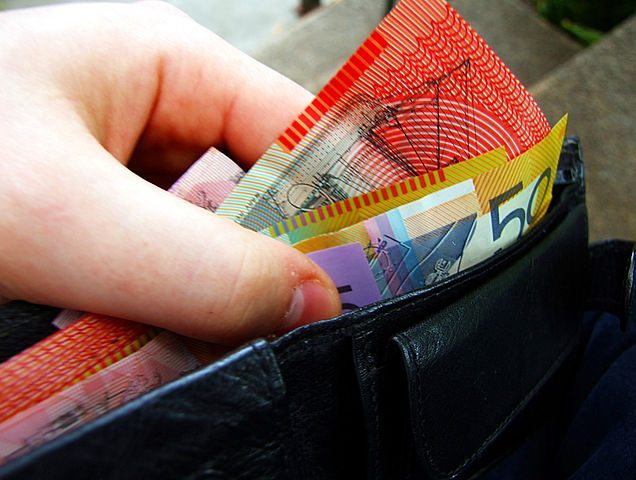 One great thing about cash is its anonymity – nobody, including the government, can easily stick their nose in your beeswax when you're using physical banknotes and coins. But anonymity is about to become more scarce in Australia, which is about to make it illegal to purchase anything over $10,000 AU ($7,500 US) with cash.

The Australian government, who announced the new cash ban on Tuesday, says it wants to discourage money laundering and tax evasion by “encouraging the transition to a digital society.” And to enforce the new law, the government will depend on the "Black Economy Standing Taskforce," which will be focusing on Australia's black market tobacco trade.

As The Guardian points out, one of the biggest targets for the new task force will be the illicit tobacco trade. Australia has the highest tax on cigarettes in the world, with an average pack costing about $40 AU ($30 US). But there’s a huge black market for cigarettes, which comes from both stolen goods and smuggling from outside the country. Taxes aren’t paid on cigarettes until the point of sale, so theft from tobacco warehouses is unusually common in Australia.

But ordinary small business owners aren't happy about the ban.

“It’s going to screw me—95 percent of my business is cash collections,” Paul Thomas, owner of Commander Security Services in Sydney, told News Corp this week. “On a monthly basis, we could process and move up to $4-5 million—either picking up cash, processing and EFT-ing it to customers’ accounts, or recarrying it from customers to their bank branch.”

Today it’s any sum over $10,000 in Australia, but anyone with their eyes open can see where this is going. We should expect governments to move away from cash over the next decade, just as currency anarchists continue to insist that cryptocurrencies like Bitcoin and Ethereum are the real future.

Anyone who still values the old-fashioned concept of "anonymity" should be the most worried about a ban on cash. Here's an interesting article about researchers in the 1970s who predicted that "debit cards would be great for surveillance."