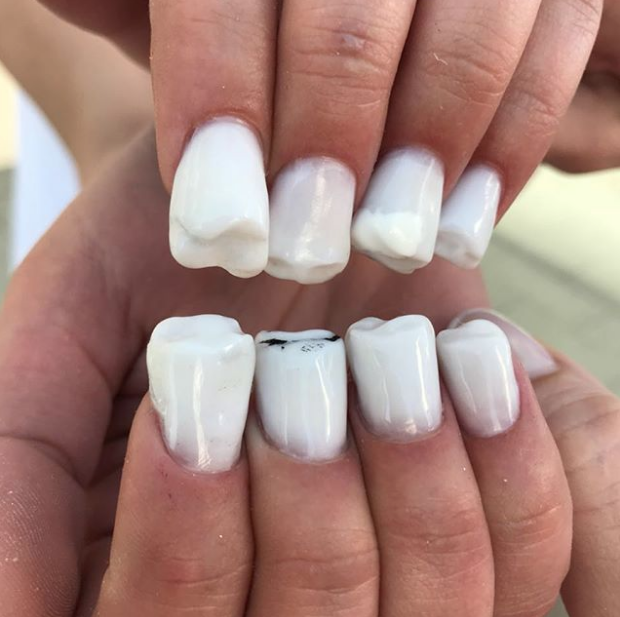 The stuff nightmares are made of: TEETH NAILS.

I'm fighting tooth and nail to express my "thanks" to Nail_Sunny, the Russian nail art chain who created these monsters.

Brought to you by Nail_Sunny, the Russian nail art chain behind “teeth nails,” comes “feet nails.” They’re equally as creepy: View this post on Instagram Feet nails ❤️ -yay or nay? Video by @edo_movs #nailsunnytutorial A post shared by Nail Sunny (@nail_sunny) on Aug 20, 2018 at 10:08am PDT (Mashable)

This is Felix, a super-weird cat lamp by Belgian design house Studio Job that switches on by pressing its tiny gold testicles. When you do, its eyes will glow. O…kay… Australian blog So Bad So Good reports it will be available in three colors (black, white, and b/w combo) in April and will retail for […]