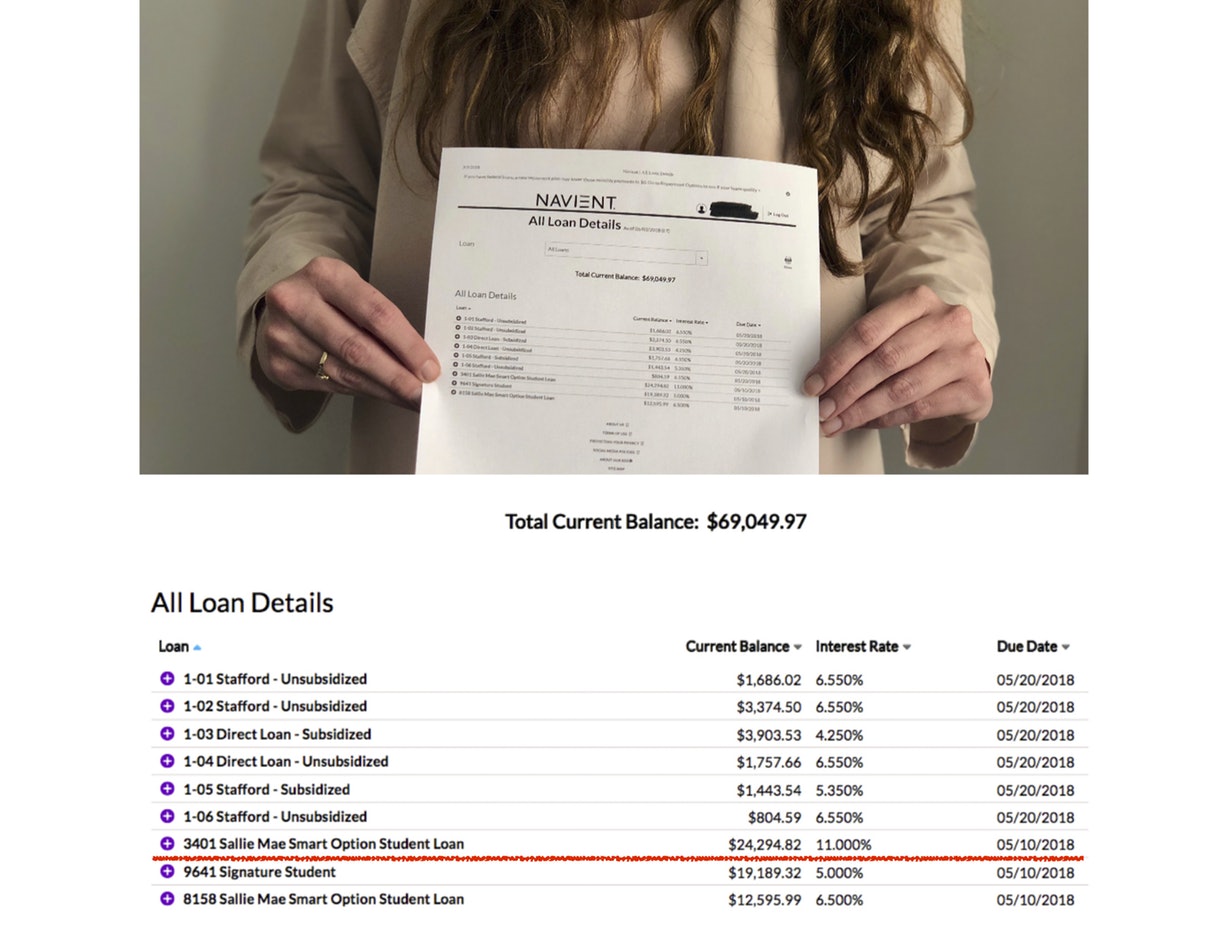 Kaitlin Cawley finished grad school with $95,000 in student loans, including a $24,000 variable-rate loan that started at 9.4% and now stands at 11%, a loan that the US government lender Sallie Mae brokered for her when she was 20.

Sallie Mae's portal makes it almost impossible to find out how much you've paid into your loans; after a lengthy runaround, Cawley found that she had paid back $18,000 of her $24,000 loan, but that she still owed the full amount, thanks to sky-high interest and stiff penalties the government assessed against her because she opted to save tens of thousands of dollars by going to grad school outside of the USA.

Cawley comes from a working-class background and her family was not able to substantially offset the expense of her university. She attended anyway, convinced that postsecondary education was the path to social mobility. Despite an advanced degree, Cawley lives in relative penury, largely thanks to her student debt.

Americans owe $1.4 trillion in student debt. Student debts are largely not dischargeable through bankruptcy, and is the only form of debt that you can be forced to pay your Social Security into.

The President of the United States has declared bankruptcy six times. His university defrauded its students of millions of dollars, which they are still paying back. He enacted a policy that makes it impossible for defrauded students to escape their loans; while his Secretary of Education has killed the rules that prevented debt-collectors with a track-record of committing illegal acts from collecting student debts.

Last month, the student debt industry's top expert was revealed to be an imaginary person, puppeted by industry executives.

And it’s not like I can just ignore my debt, either. If I miss a payment, I not only get charged more interest, but my credit is affected, and my father’s is too. If I die before my debt is paid off, my loans won’t die with me — my dad will be on the hook or, depending on the terms of the loan, even the poor soul who marries me.

In the seven years since I flipped my tassel, I’ve dutifully paid a total of $57,170 toward the $95,000 debt I accumulated across nine loans from my undergraduate education. If life existed in an interest-free vacuum, my debt would be more than halfway paid. But it doesn’t, and my principal sum has been reduced to just $69,000. Yes, that means only $26,000 of those $57,170 dollars I siphoned off my paychecks and life have touched my principal balance. And, yes, that means I’ve paid over $30,000 just to be pretty much in the same financial situation I was in when I graduated.

In the year 2018, I make a bit more money than I used to, but moving out of that roach-riddled closet meant paying more in rent, and making more money still means paying more to my loans. These days, I send off $1,200 to Navient a month. The interest on student loans is tax deductible, but I am disqualified because of how much money I make. I wouldn’t complain if my payments were making a dent in my principal. But the way these loans are set up, I’m barely even scratching the surface.