Giuliani helped to keep Oxycontin in the hands of addicts 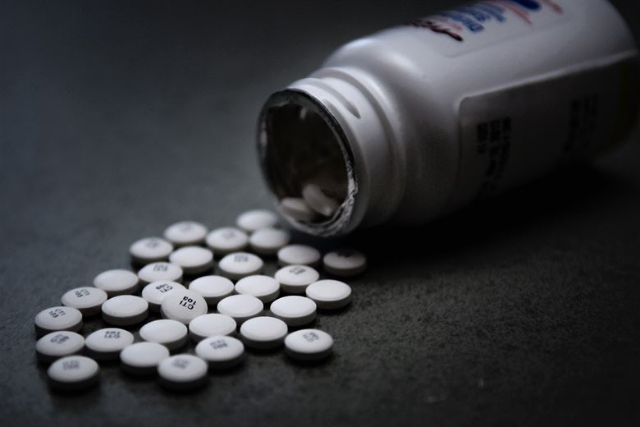 If you or someone you care about is addicted to OxyContin, former New York City Mayor and current Worst Frigging Lawyer on the Whole Damn Planet, Rudolph Giuliani, is partially to blame.

300,000 Oxycontin-related deaths? He can have some props for those, too.

According to The Guardian, the United States government managed to slap a criminal charge on Purdue Pharma back in the mid-2000s for the way that Purdue was marketing Oxycontin, a powerful and, oft-times addictive, painkiller. In their advertising for the drug, Purdue buffed up how safe Oxycontin is to use: They claimed that the drug would be slowly released into the patient’s body, providing pain relief while ensuring that the possibility of addiction was kept to a minimum.

Which is why so many people inject and snort Oxycontin for a near-instant high.

Unfortunately, when it was first released back in the 1990s, doctors had no idea that the drug would prove to be as addictive as we now know it to be. It didn’t take long, however, for physicians who were prescribing the Oxycontin to their patients to discover that many became hooked on the painkiller – hard. The American government took exception to Purdue’s bullshit. A US Attorney began the work to take the drug company down. The matter went to trial.

Giuliani, fresh off his stint as Mayor of NYC, was hired by Purdue to help them escape prosecution. This was the same Giuliani, who announced a program to curb illegal drug use back in the late 1990s. That said, this was also the same Giuliani who admitted to buying crack cocaine in the 1980s, allegedly as part of his drug education under the tutelage of the DEA, so I dunno.

While Giuliani was not able to prevent the criminal conviction over Purdue’s fraudulent claims for OxyContin’s safety and effectiveness, he was able to reach a deal to avoid a bar on Purdue doing business with the federal government which would have killed a large part of the multibillion dollar market for the drug.

The former New York mayor also secured an agreement that greatly restricted further prosecution of the pharmaceutical company and kept its senior executives out of prison.

Purdue Pharma pleaded guilty to advertising and selling OxyContin with “intent to defraud or mislead,” in 2007. It wasn’t a great look for the drug company, but Giuliani pulled a bit of magic for them out of his ass: companies that had criminal convictions against them are typically barred from doing business with the federal government. That’d make it near impossible for Purdue to continue to do business in the United States. Giuliani grossed his way into convincing the US Attorney to charge Purdue Pharma’s parent company, Purdue Fredrick, instead. By doing so, the drug company was left capable of doing business in the United States, paving the way for untold riches and hundreds of thousands of deaths.

Admittedly, this was one hell of an example of legal judo, making it easy to understand why Trump might want to add Giuliani to his legal team. No matter how incompetent the lawyer has sounded during his recent television appearances, he was once competent. At the height of his faculty, he was also capable of brushing off the doing of a great evil against the American people in the process of doing his job. This is who the American President has turned to.

It should be an interesting ride.