Founder of Diamond Comic Distributors donates 3,000 comics rarities to the Library of Congress 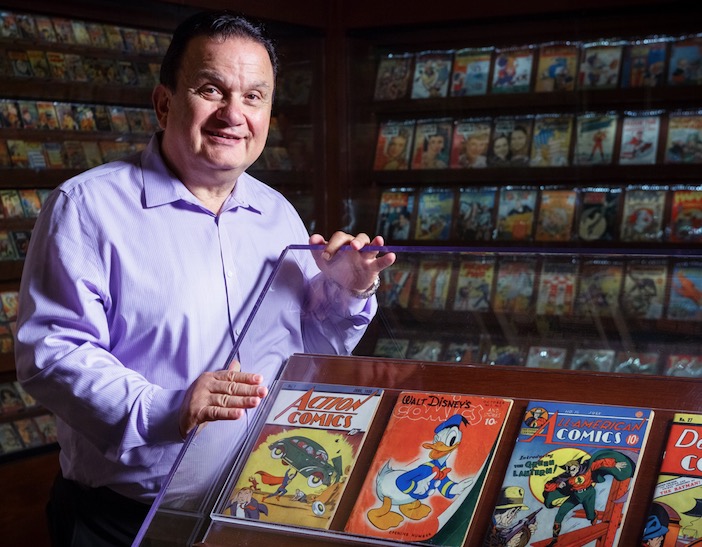 Gary Price writes, "The Library of Congress announced today that collector and entrepreneur Stephen A. Geppi (owner of Diamond Comic Distributors) has donated to the nation’s library more than 3,000 items from his phenomenal and vast personal collection of comic books and popular art, including the original storyboards that document the creation of Mickey Mouse."

One signature item in the collection represents the birth of one of animation’s most iconic characters. Six rare storyboards detail the story layout and action for Walt Disney’s 1928 animated film, “Plane Crazy.” It was the first Mickey Mouse cartoon produced, but the third to be released, after sound was added, in 1929. “Steamboat Willie” was the first Mickey Mouse cartoon to be theatrically released, on Nov. 18, 1928, which marks its 90th anniversary this year.

“The Library of Congress is home to the nation’s largest collection of comic books, cartoon art and related ephemera and we celebrate this generous donation to the American people that greatly enhances our existing holdings,” said Librarian of Congress Carla Hayden. “The appeal of comic books is universal, and we are thrilled that this new addition to the collections will make them even more accessible to people worldwide.”

“When I began collecting comic books as a young boy and then in earnest in 1972, I would have never dreamed that a major portion of my collection would find a home at the Library of Congress, alongside the papers of 23 presidents, the Gutenberg Bible and Thomas Jefferson’s library,” said Geppi. “This gift will help celebrate the history of comics and pop culture and their role in promoting literacy.”