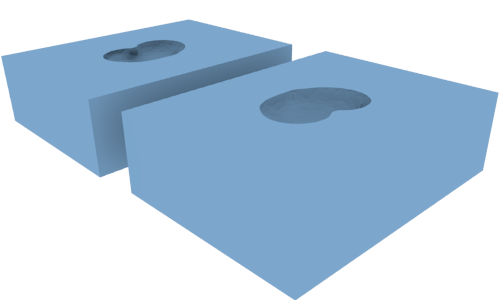 The National Institutes of Health maintain a 3D Print Exchange, a kind of miniature Thingiverse for open-licensed, 3D printable objects for teaching and practicing public health.

On Hackaday, Elliot Williams shares his favorite finds from the Exchange, including prosthetics, lab equipment, 3D models of proteins, and, of course, the Frozen Rat Kidney Shipping Container (which, judging from its description started off as a frozen brain container and was remixed for kidneys).

The Exchange is dominated, at least in terms of sheer numbers, by 3D models of proteins and other biochemical structures. But there are two sections that will appeal to the hacker in you: prosthetics and lab equipment. Indeed, we were sent there after finding a nice model of a tray-agitator that we wanted to use for PCB etching. We haven’t printed one yet, but check out this flexible micropositioner.