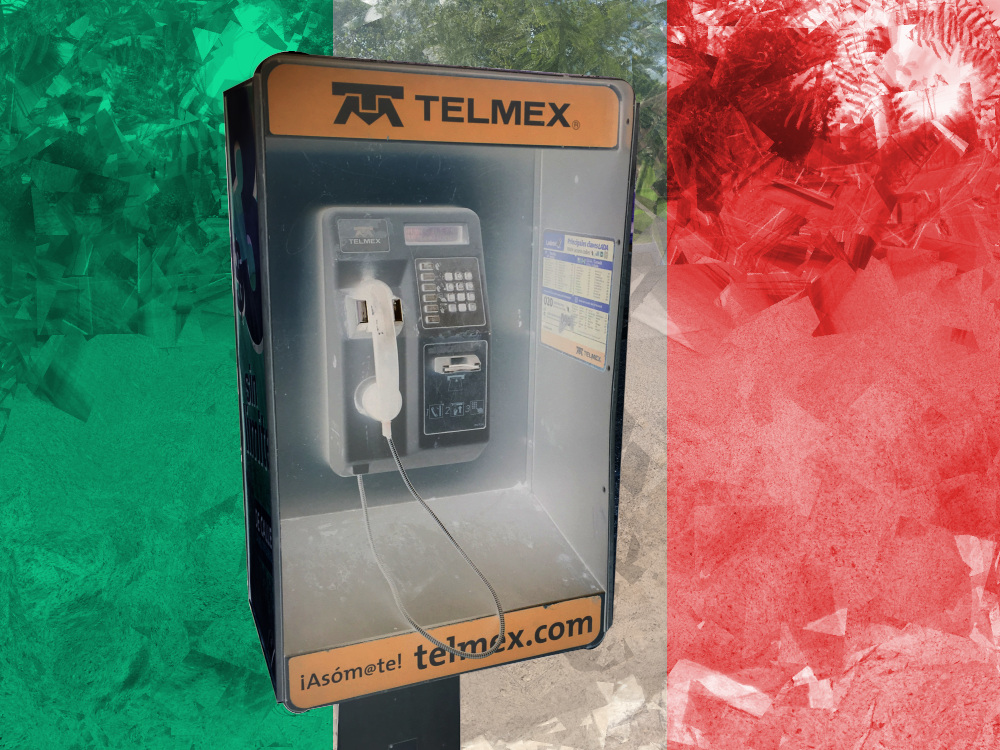 Andres Manuel Lopez Obrador the front-running candidate for president of Mexico on a largely progressive ticket (tuition breaks, increased aid to seniors, drug war amnesty, though it's a mixed bag, reflecting the weird coalition of left-wing and right-wing parties he's fronting); and he is the target of a bizarre, mass-scale disinformation campaign being carried out by blanket robo-calling.

The pending Mexican elections are terrifying corrupt, with over 100 political assassinations of anti-corruption candidates and no end in sight.

The robo-calls are a less violent -- but still very disturbing -- development. The recorded messages are thick-fingered, cack-handed scare-propaganda ("As you know, Andres Manuel Lopez Obrador is criticizing major businessmen, which threatens private investment, and the jobs it creates. If you agree that Lopez Obrador picking fights with businessmen even though it risks losing national and foreign investment and job creation, mark one on your phone."), but there's so much of it going on, with so many variations, that it could influence the final vote.

It’s clear the big data is being employed here. I got the call on foreign investment. Others got calls on education, security, and other issues. Experts have noted that the call can also generate a database by registering whether voters are for or against the candidate. They seemed to be aimed at changing votes. Given the margin AMLO has, the opposition, whoever it is is behind this, would have to flip at least some voters because it can’t even win with undecideds. On Twitter the hashtag #GuerraSucioElectoral is trending: Electoral dirty war. The special prosecutor on electoral crimes has agreed to take complaints and look into the calls.

Calumnious phone calls from anonymous sources are an ominous sign for the days to come, but it gets worse. There have been over 110 political assassinations since the campaign period began on September 8. Most have been candidates, especially on the local level. These elections are already among the bloodiest in Mexican history. On June 2, for example, four women politicians who were assassinated, including Juana Maldonado, a candidate in Puebla, and Pamela Teran, a candidate in Oaxaca who was murdered with the young photographer assigned to cover her campaign, Maria Del Sol Cruz.