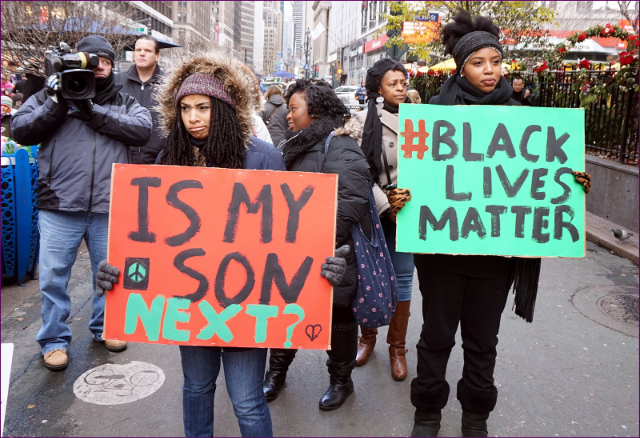 To collect the data required to complete the study, scientists looked to poll responses given to the Behavioral Risk Factor Surveillance System between 2013 and 2016. It's an annual survey of adults living in America on the state of their mental health. The researchers took this information and compared it to a map of where the police killed people in America during the same three-year period. They found that "…black Americans reported more "not good" mental health days in the period after a police killing of an unarmed black person, and that the killings accounted for up to 1.7 additional days of poor mental health a year." White people? Not so much. Those of the paler persuasion polled during the same period reported next to no ill psychological effects from living in the area where the police killing of a black person occurred. It's almost as if some systemic bias keeps us from having anything to worry about. Crazy!

Dr. Venkataramani [one of the doctors involved in the study] said the effects were observable and real. If anything, he said, the findings might understate the extent of the trauma, as some police killings of unarmed African-Americans have become events of national significance, reaching far beyond the states where they occurred. (The study cited, among the most notable examples, the police killings of Oscar Grant III in California, in 2009; of Michael Brown Jr. in Missouri and Eric Garner in New York, in 2014; of Walter Scott in South Carolina and Freddie Gray in Maryland, in 2015; and of Stephon Clark in California, earlier this year.)

"Maybe this is the tip of the iceberg," Dr. Venkataramani said.

With this one out of the way, I'm really looking forward to their spending time and money to uncover that water is, indeed, wet.