Interviews with people caught in the new policy of Zero Tolerance 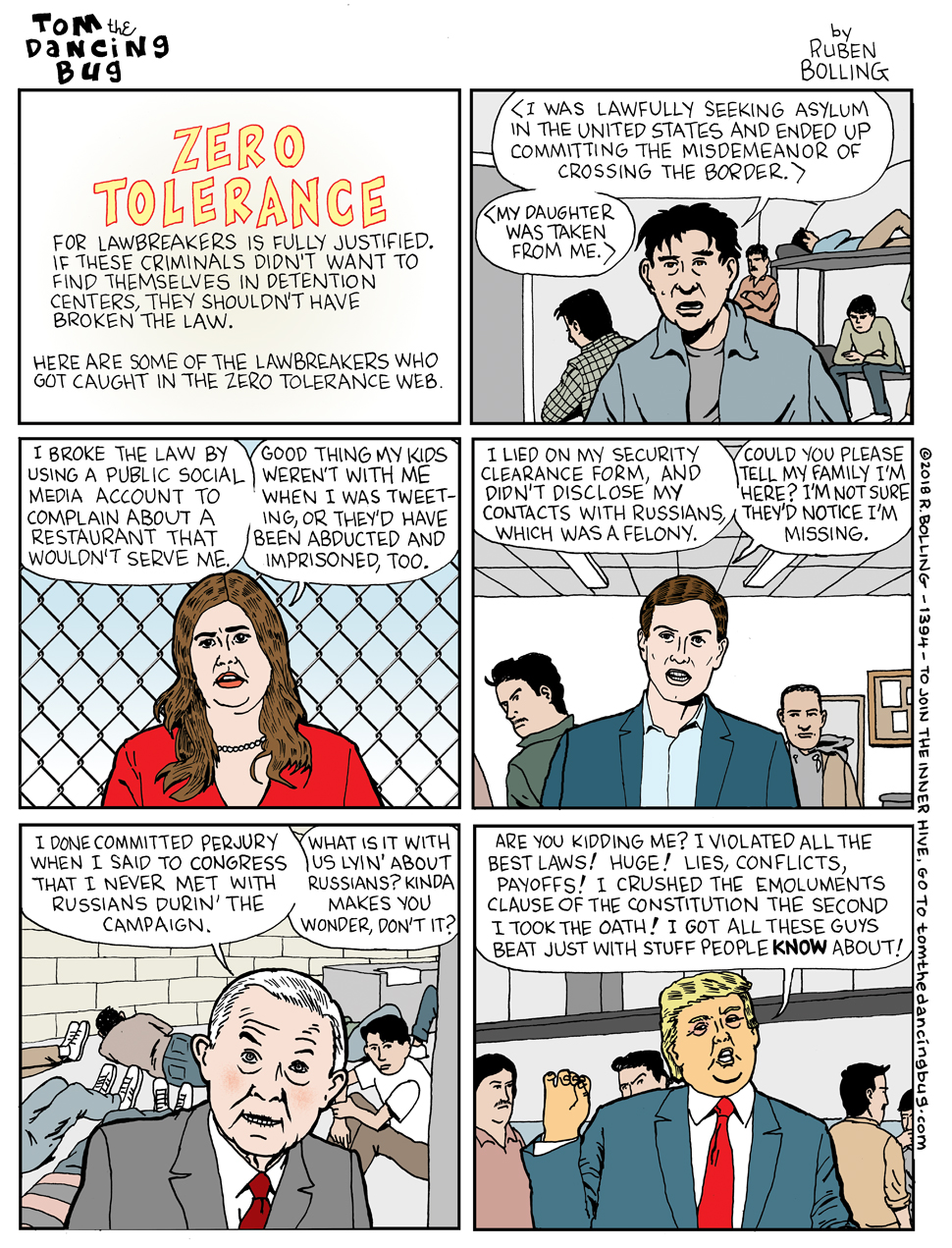 Tom the Dancing Bug, IN WHICH we meet some of the people caught up in the Trump administration's new Zero Tolerance policy.