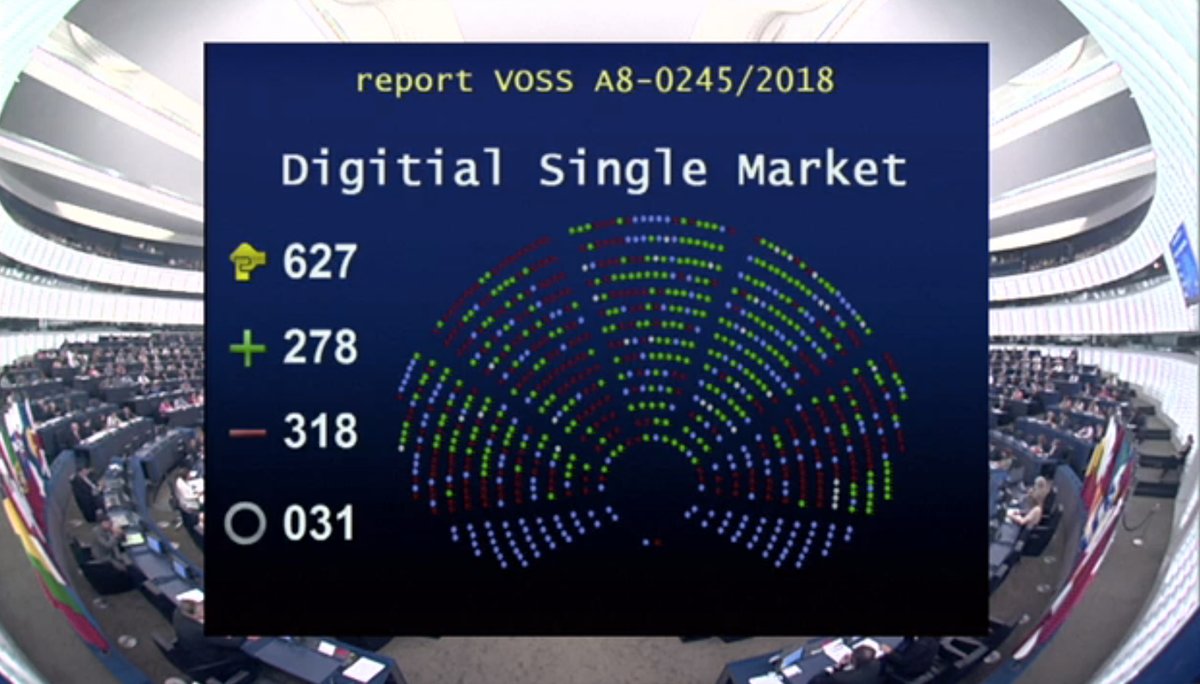 In a 318 to 278 vote, the European Parliament today shot down proposals that would have made online publishers liable for users' copyright infringement and made even linking to other websites fraught with legal risk. The bill, widely reviled for its service to legacy media interests and general ignorance of the internet itself, now goes back to committee.

Julia Reda, a Pirate Party MEP who had campaigned against the legislation tweeted: "Great success: Your protests have worked! The European Parliament has sent the copyright law back to the drawing board."

BPI Music, which represents UK record labels, had supported the bill and tweeted: "We respect the decision... we will work with MEPs over the next weeks to explain how the proposed directive will benefit not just European creativity, but also internet users and the technology sector." ...

The Copyright Directive is intended to bring rules around content in line with the digital age. The two most controversial parts of it are Article 11 and Article 13. The first of these is intended to provide fair remuneration for publishers and prevent online content-sharing platforms and news aggregators sharing links without paying for them. But it has been called the "link tax" by opponents and raised questions about who will have to pay and how much. Article 13 puts more onus on websites to enforce copyright laws and could mean that any online platform that allows users to post text, images, sounds or code will need a way to assess and filter content.