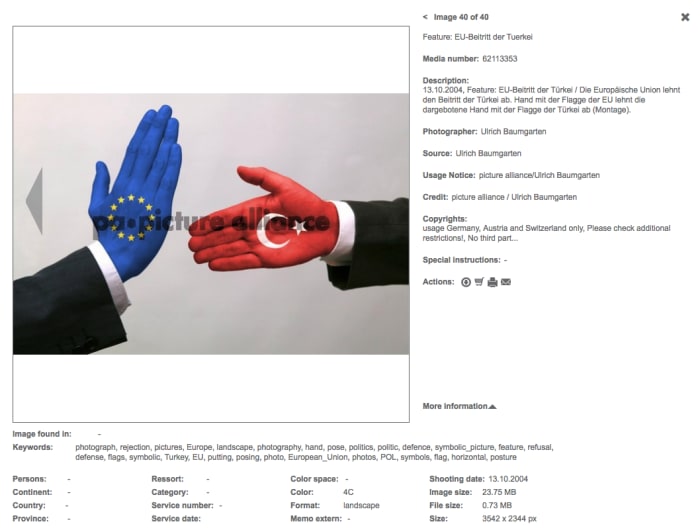 Axel Voss is the German MEP responsible for Article 13 of the pending EU Copyright Directive, which says that it's not good enough for companies to remove infringing material posted by users once they're notified of its existence; instead, Voss wants then to spend hundreds of millions of dollars implementing automated filters that prevent anyone from posting copyrighted material in the first place (even if they have the right to do so under fair dealing, and even if that means that a lot of legitimate material gets accidentally blocked).

Voss's explanations for this proposal have been incoherent and technologically illiterate, so maybe it's no surprise that he turns out to be a serial copyright infringer whose social media feeds for the past two years include at least 17 images from major German news agencies, used without permission.

Buzzfeed Germany found the images; then they asked Voss, who had insisted that Article 13 had been proposed to end the posting of copyrighted images where "there is no remuneration of the concerned author" whether he'd paid the photographers whose work he'd used without permission.

After ducking their questions for weeks, Voss's office eventually said that they "do not provide invoices to uninvolved third parties."

Such a simple question -- had Voss paid for the images he used? -- and yet one that seemed so hard for the Voss team to answer, even with the single word "yes". The article (original in German) took screenshots of the images the BuzzFeed Germany journalists had found. That's just as well, because shortly afterwards, 12 of the 17 posts with copyrighted images had been deleted. The journalists contacted Axel Voss once more, and asked why they had disappeared (original in German). To which Axel Voss's office replied: anyone can add and remove posts, if they wish. Which is true, but fails to answer the question, yet again. However, Axel Voss's office did offer an additional "explanation":

according to the current legal situation (...), if the right-holder informs us that we have violated their rights, we remove the image in question according to the notice and takedown procedure of the e-commerce directive.

That is, Axel Voss, or his office, seems to believe it's fine to post copyrighted material online provided you take it down if someone complains. But that's not how it works at all. The EU notice and takedown procedure applies to the Internet services hosting material, not to the individual users of those services. The fact that the team of the senior MEP responsible for pushing the deeply-flawed Copyright Directive through the European Parliament is ignorant of the current laws is bad enough. That he may have posted copyrighted material without paying for it while claiming to be worried that creators aren't being remunerated for their work, is beyond ridiculous.

Guy In Charge Of Pushing Draconian EU Copyright Directive, Evasive About His Own Use Of Copyright Protected Images [Glyn Moody/Techdirt]