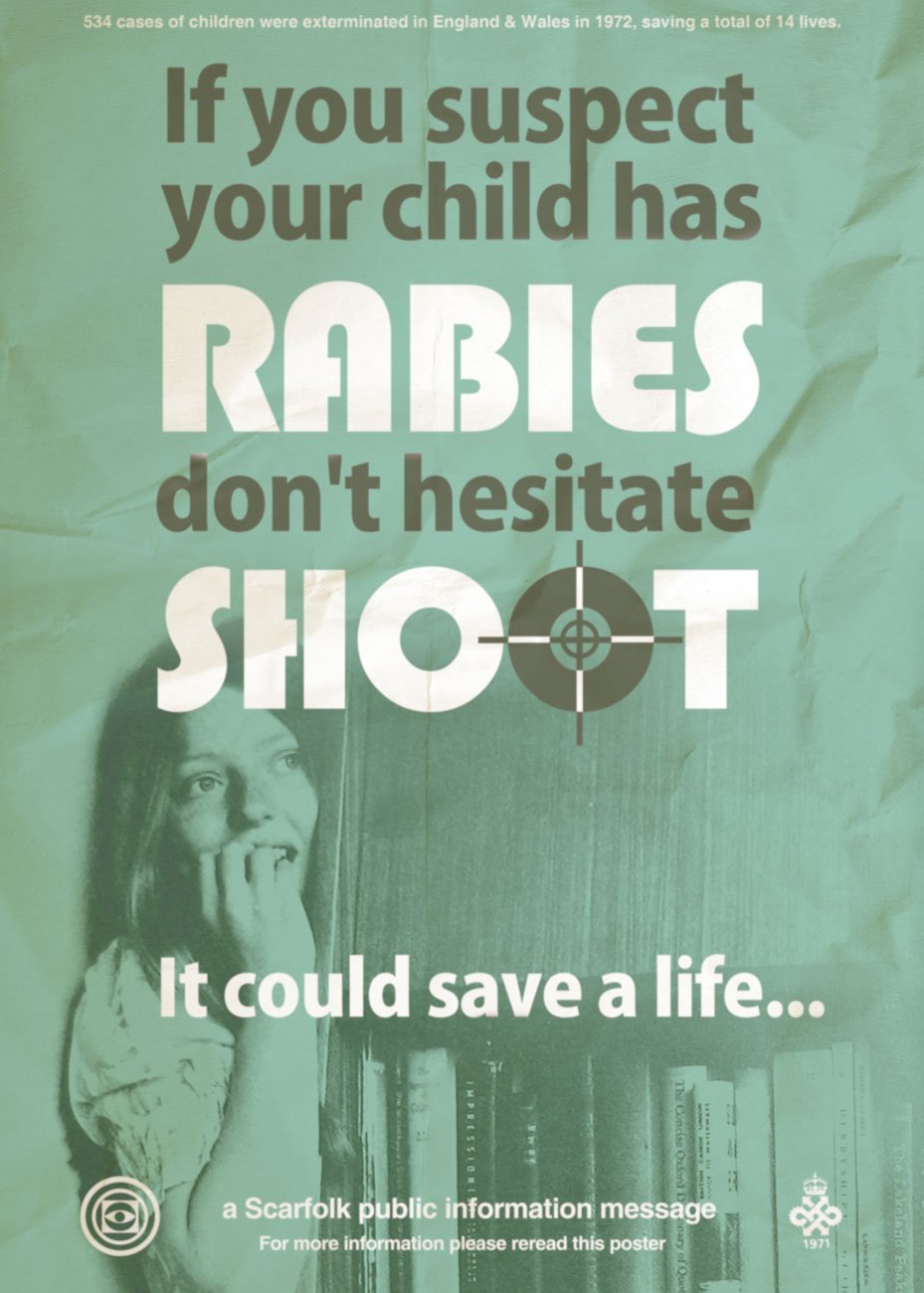 The latest edition of the Civil Service Quarterly from Her Majesty's Government accidentally included a satirical poster from Scarfolk, the nightmarish alternate reality of a perpetually renewed decade of Thatcher/Cthulhu crossovers.

Naturally Scarfolk sent them a C&D.

Wow. This has made my week. This is from the government's *own* publication about the history of government communications. They mistakenly included a Scarfolk poster which encourages the killing of children. Clearly, nobody thought it was too extreme. (via @CraigHeap) pic.twitter.com/PITafePTKe