Karaoke casemod: it's surprisingly easy to hook up a karaoke machine's CRT to a Raspberry Pi 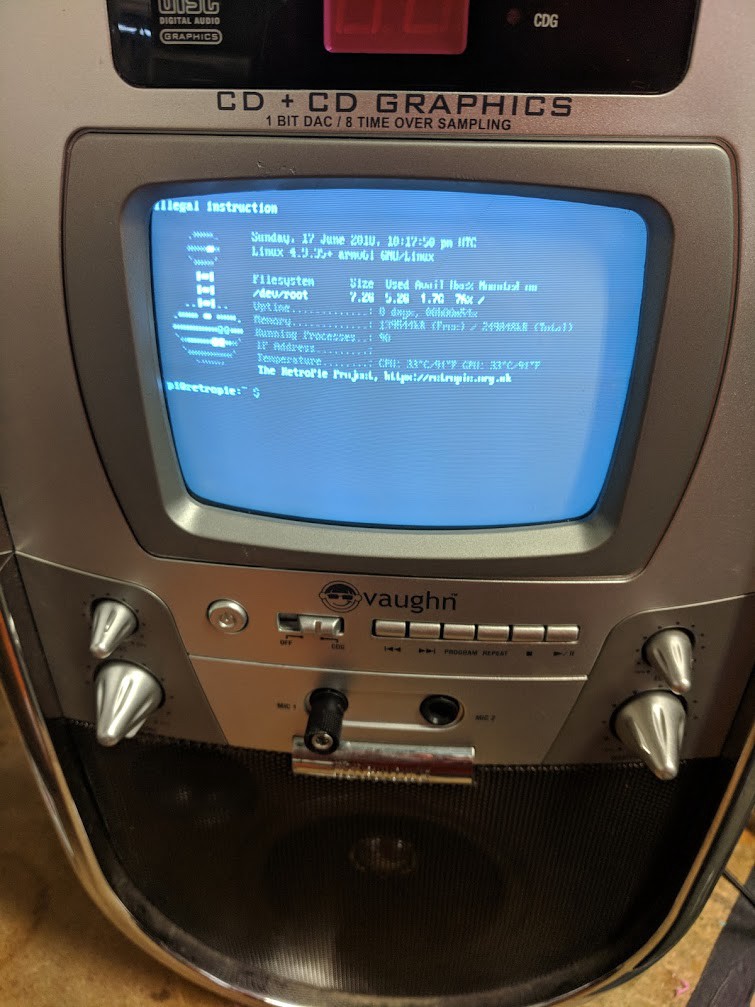 Brett writes, "As a critique of the IoT buzz, I hacked a portable karaoke machine, stuffed a Raspberry Pi in it, connected it to the internet, and installed Docker on it." (tl;dr: he needed a portable CRT for an installation, found one embedded in a thrift-store karaoke machine, and got it wired up to the Raspi on the first try and discovered it made a perfect and delightful casemod).