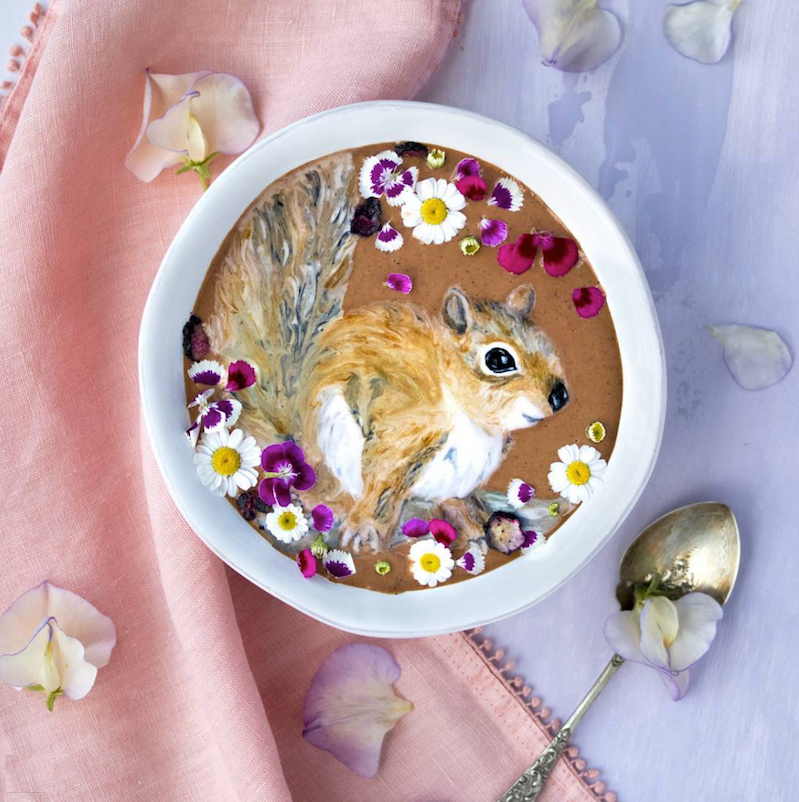 She tells Vogue it started by accident:

“I was trying to garnish my soup with coconut cream swirls, but it didn’t turn out as planned, so I added some pesto and created a tree.”

Since then, Zakariya has produced a rainbow of culinary masterpieces that look good, taste good, and actually are good for you. Taking a scroll through her Instagram feed (which has amassed more than 20,000 followers), you would assume that she’s had some sort of formal training in art or molecular gastronomy. But the reality couldn’t be any more different; her background is rooted in science and business, and she works as a market analyst for an international trade and development company during the day.

She even animates some of her creations: