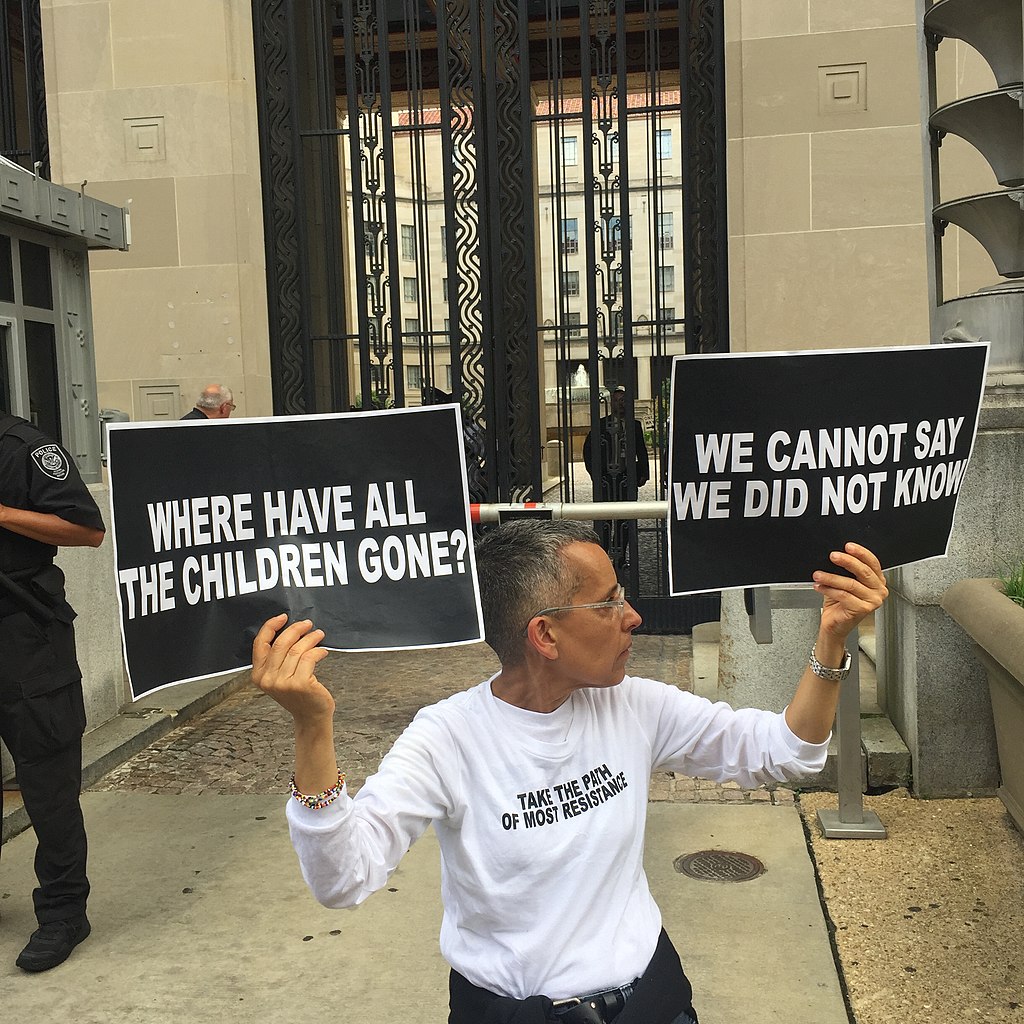 The official story of the Trump administration's family separation policy is that it came about as a result of "zero tolerance" in which every person who could be charged with a crime would be, and that meant that parents were arrested too, and since the parents were going to jail, their kids had to be held somewhere.

But as Congress has delved into the process, grilling the Trump officials who enforced the policy, an even crueler, more awful picture has emerged.

It turns out that border guards charged "less than a third" of the adults who crossed the border since the policy began -- but that they preferentially brought charges against parents so they could take their kids away.

In other words, child separation wasn't the inadvertent side-effect of a zero-tolerance policy.

The Trump administration’s decision to break from past practices and seek the criminal prosecution of every adult accused of crossing the border illegally, including asylum-seeking parents arriving with their children, was part of a sweeping series of actions spearheaded by Sessions, his former aide turned White House adviser Stephen Miller, and former DHS chief turned White House chief of staff John Kelly, and have been underway since Trump’s first week in office. It began with a pilot program in Texas last summer before going border-wide in the spring. Thousands of families were pulled apart in the process. Kids taken from their parents were sent to approximately 100 centers around the country; hundreds of parents were deported without them.

While the project was premised on the idea that everyone eligible for prosecution would be charged — an embrace of the law and order rhetoric Trump bellowed about on the campaign trail — government data published last week by the Transactional Records Access Clearinghouse at Syracuse University indicated that, in fact, many adults who crossed the border without children during the height of “zero tolerance” were not prosecuted. “Since less than a third of adults apprehended illegally crossing the border were actually referred for prosecution, the stated justification does not explain why this administration chose to prosecute parents with children over prosecuting adults without children who were also apprehended in even larger numbers,” the analysis noted.