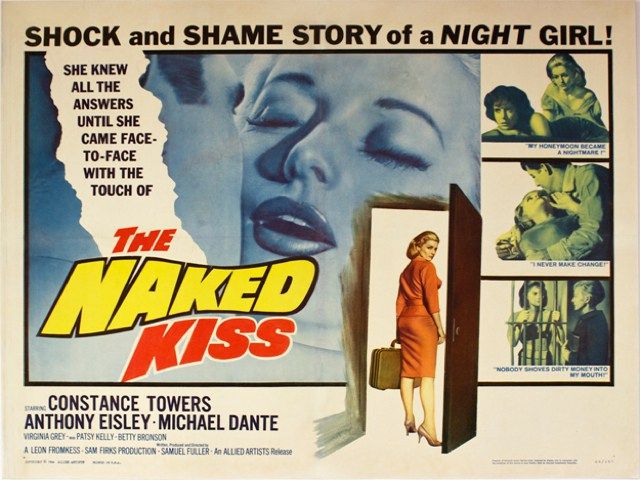 In the course of my work as a documentary filmmaker, I sometimes find hidden gems. Samuel Fuller’s “The Naked Kiss” is one of them.

I watched this movie as research for a current project, and was embarrassed that I’ve never explored the world of Sam Fuller. Better known for some of his bigger films like “Big Red One,” Fuller is also a master of accomplishing greatness with a limited budget.

'Naked Kiss' was notable for its era, diving into twisted psychology and fringe professions. It grabs me from the opening scene every time.

The film is the story of Kelly, a prostitute (Constance Towers), who tries to re-invent herself in a small town.

The first person she meets is Griff (Anthony Eisley), a corrupt police captain who tries to send her down a dark path which she resists. Instead. she gets a job working with handicapped children.

She becomes romantically involved with one of the town’s social elite, Grant, brilliantly played by Michael Dante.

All nice and storybook, right? Nope!

Grant has a horrible secret. He's a child molester. The entire town has looked the other way.

When Kelly chooses to confront the demon and reveal these secrets, her brave decision endangers first her sanity, then her life.

As relevant today as it was when it was made in 1964, this film includes some of the most haunting on-screen performances I’ve ever seen.

Links below to check out the movie and some rare collectibles.

To purchase or rent from Amazon.

To watch with Amazon Prime.