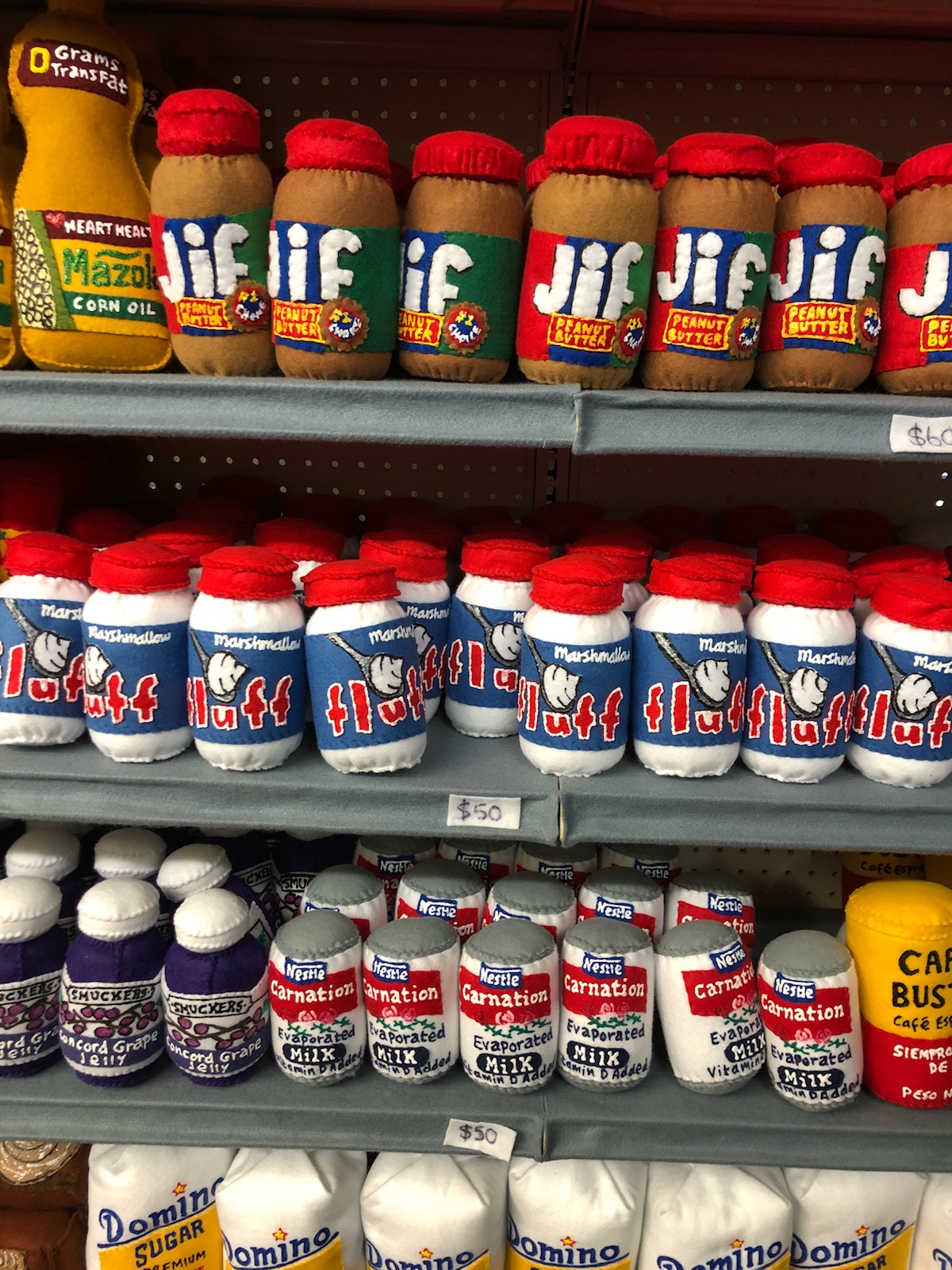 UK artist Lucy Sparrow is back with a new shopping opportunity for lovers of her fantastic felt products.

Until August 31, at The Standard hotel in downtown Los Angeles, Sparrow is showing her most ambitious exhibit yet: the Sparrow Mart Supermarket. This is her fifth and largest all-felt installation (it features 31,000 handmade products) and her first West Coast one.

She writes, "As a child, I was obsessed with the exotic, turbo-charged technicolour glow emanating from across the Atlantic. The source of this neon rainbow was Los Angeles – a seemingly mythical place to a child growing up in grey, post-recession Britain – and one that has hugely influenced my artistic practice. Thanks to the amazing team at The Standard, Downtown, the felt is finally coming home to the city of endless possibilities and colour.”

The store is quite spectacular. There's aisles of handmade awesomeness, including a felt ATM, as you can see here:

According to Sparrow (in this video), it took her and five assistants exactly one year to create all the items in the shop.

Special thanks to my friend Michael Fleming for the heads up on this! I hope I can get myself down to LA before the end of the month to check it out for myself. For those of you who don't know, I'm a Fluff superfan (long story). So, when Michael texted me from the store to see if I wanted one of Sparrow's felt Fluff jars, I was ecstatic. He delivered it today and it already as a special spot in the Fluff section of my trophy case.

One funny thing: I was surprised to hear Sparrow chose Los Angeles to include Fluff, as it's an East Coast product and has been difficult to source on the West Coast for many years (pro-tip: Cost Plus usually has it). I'm not complaining though.