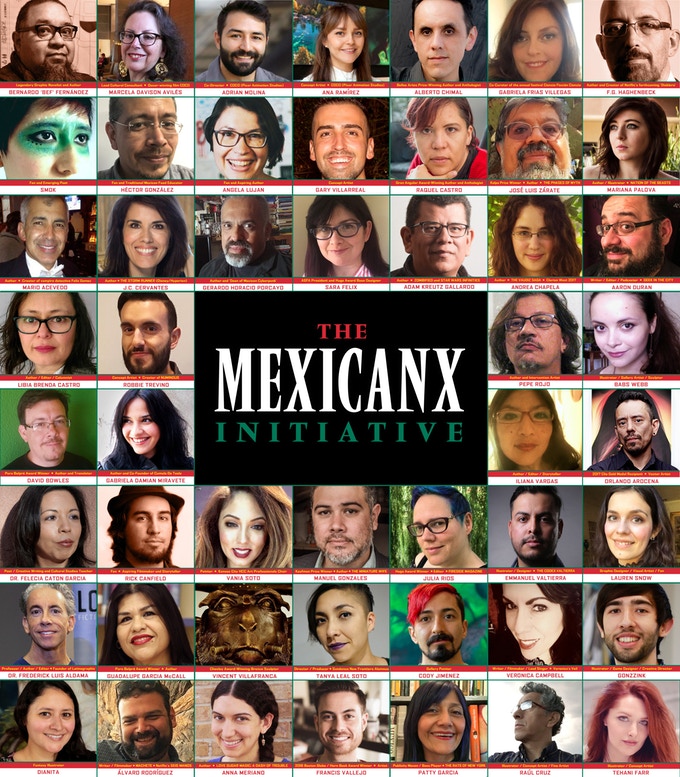 Pablo Defendini (previously) writes, "Fireside Magazine’s editor, Julia Rios, is part of The Mexicanx Initiative, a scholarship fund John Picacio put together for sending Mexicanx and Mexican-American sf/f authors to Worldcon. A few of the Mexicanx Initiative authors decided to create an anthology to commemorate the occasion, and had been planning on subsidizing the cost of printing and shipping themselves. When Fireside got word of this last week, we decided to pitch in, and we put together a Kickstarter campaign to raise the $1500 they needed.

"Well, we blew past our funding goal, and we decided that any money left over would be split evenly among all the participants (Fireside isn't making a cent off this). So now we're trying to reach a stretch goal of $7500 by the end of the campaign this Friday, so that we can not only cover their production costs, but pay every author, artist, designer, translator, and editor who donated their work a SFWA-qualifying pro rate."