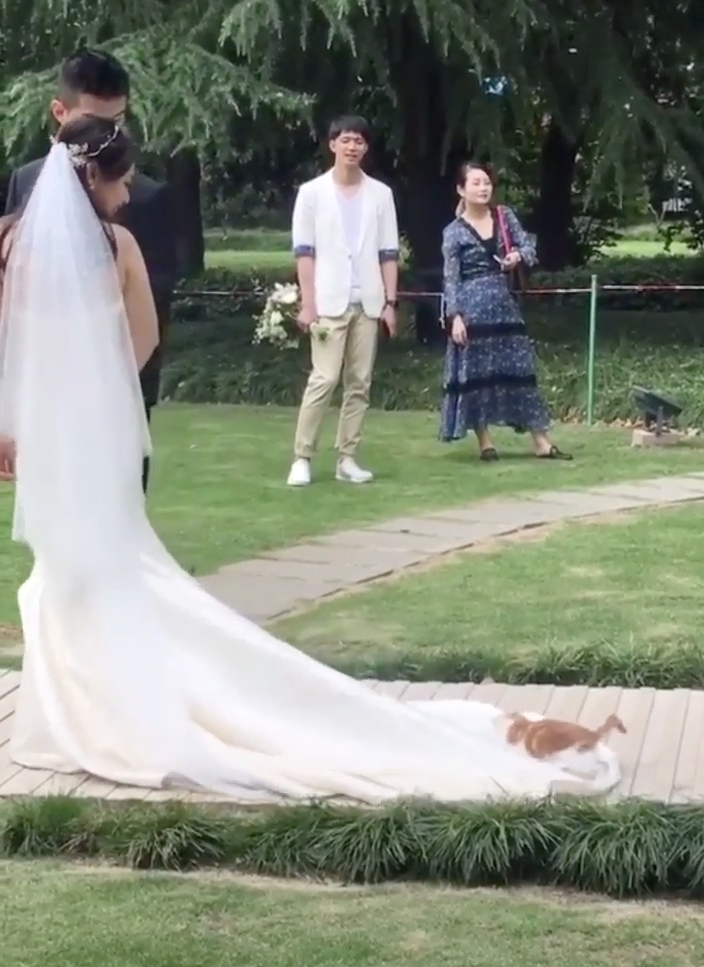 This kitten doesn't know that there's a wedding. It's got its own schedule which includes chasing and riding on the bride's train.