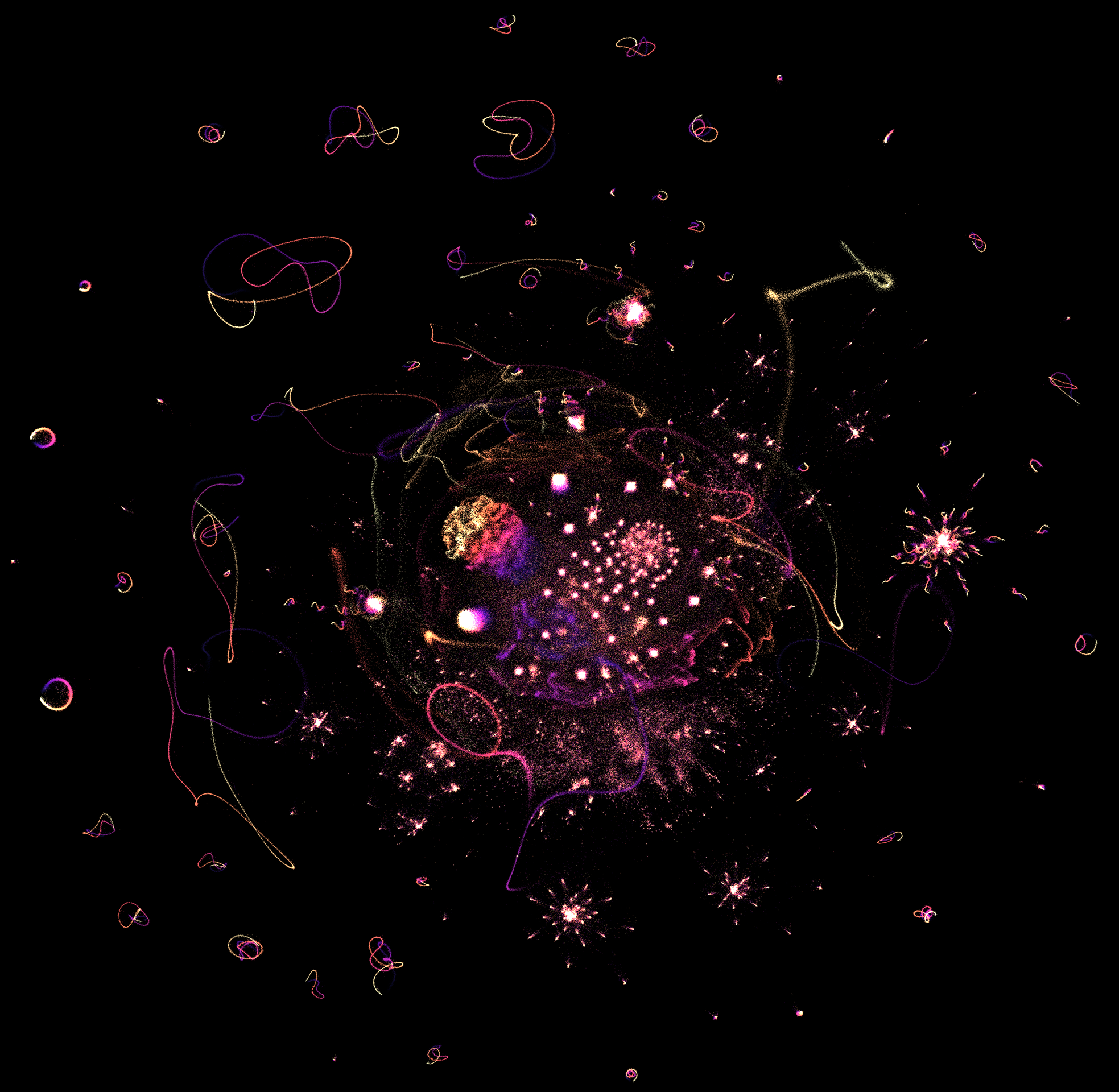 Rather than attempt to describe this, I'll just quote the artist verbatim:

This is the first million integers, represented as binary vectors indicating their prime factors, and laid out using the UMAP dimensionality reduction algorithm by Leland Mcinnes. Each integer is represented in a high-dimensional space, and gets squished down to 2D so that numbers with similar prime factorisations are closer together than those with dissimilar factorisations.

A very pretty structure emerges; this might be spurious in that it captures more about the layout algorithm than any “true” structure of numbers. However, the visual effect is very appealling and requires no tricky manipulation to create.

Watch this cool way to multiply numbers by drawing lines