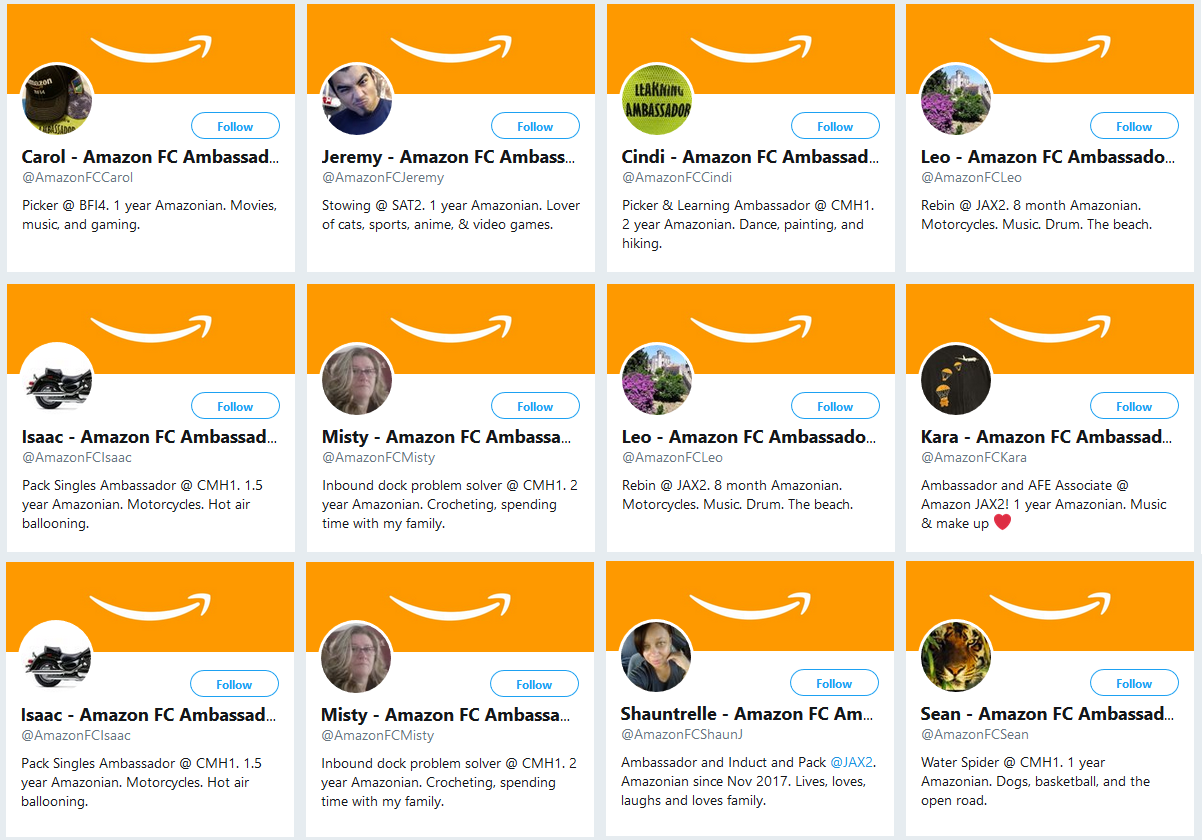 If Amazon itself unleashed this astroturf army of Twitter personae to defend its employment practices, it goes immediately into the pantheon of corporate-brain PR disasters. If it's someone else, it's a insightful ploy targeting Amazon's reputation and the expectations of those who might assume it's real. Devin Coldewey at TechCrunch:

After Flamboyant Shoes Guy called out the phenomenon, I found 15 accounts (please don’t abuse them — they get enough of that already). All with “Amazon smiles” as their backgrounds and several with animals as profile pictures. All have the same bio structure: “(Job titles) @(warehouse shorthand location). (Duration) Amazonian. (2- or 3-item list of things they like.)” All have “FC Ambassador

” in their name. All have links to an Amazon warehouse tour service.

Update: They're real and getting paid by Amazon. Yikes.