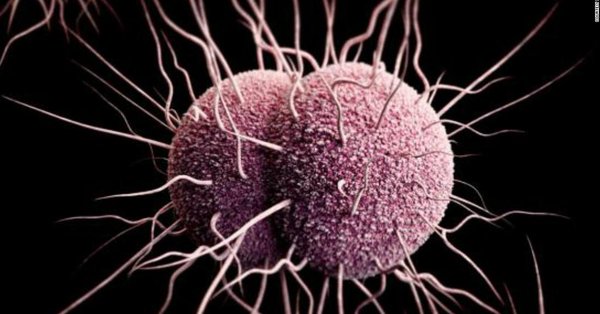 The U.S. Centers for Disease Control and Prevention today released new numbers on STDs in America.

New cases of chlamydia, gonorrhea and syphilis were up about 10 percent in 2017. In this year, some 2.29 million new cases of these three common (and treatable) sexually transmitted diseases were diagnosed.

These new STD stats continue a four-year trend of increased reports of sexually transmitted diseases, fueled by what CDC officials today said was a lack of health science awareness, and changes in sexual behavior trends.

The lack of federal funding for sexually transmitted disease prevention under the Trump administration is also blamed by health experts for the spike in STDs.

President Donald Trump once described his own personal challenges of avoiding STDs while being sexually active with multiple partners as his “own personal Vietnam.”

A pity his difficulties did not lead him to want others to be spared.

The number of new STD cases continued a "steep, sustained increase" since 2013, the CDC reported. The rise in cases is at record levels, but the federal budget has not increased STD program funding since 2013, leaving health departments scrambling to address the problem with fewer resources.

"There is a shocking increase in STDs in America," said David Harvey, executive director of the National Coalition of STD Directors. "We think there is a direct correlation between the increase in the number of STDs" and the lack of federal funding increases.

Left untreated, these infections can result in infertility or pregnancy complications or increase the risk of HIV transmission.
/

“We are in the midst of an absolute #STD public health crisis in the United States.” @NCSDDC’s @DavidHarveyC at #STDConf18