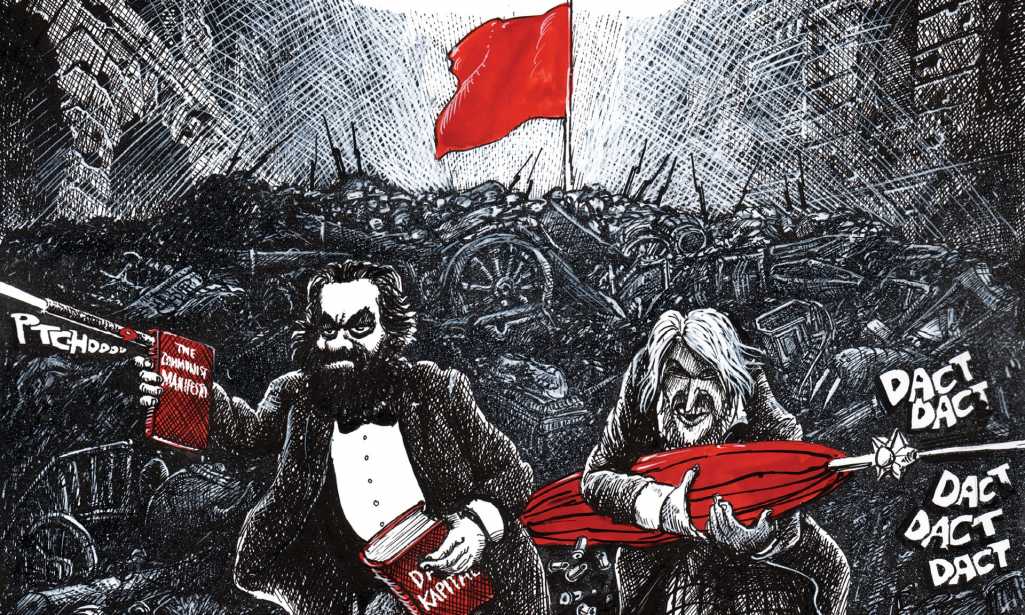 The illustrations create an atmospheric accompaniment to the Marx figures whose speaking balloons relay the text of The Manifesto. The graphics pair nicely with the text with dense images that impart the feeling of the clashes of historical forces (classes) or with the dramatic rendering of the first lines of The Manifesto in which a spectre appears, so Hamlet-like in two dark and foreboding images to haunt the reader’s mind. There is plenty of theatricality too: images of Marx interacting from a stage with a hostile audience (Rowson’s added flourishes added to enhance the exposition in a stimulating theatrical way).

As a literary work, the illustrations do justice to the marvelously compressed, yet sweeping, literary quality of Marx’s verbal imagery and present readers. Though I had read The Manifesto years ago, I found the adaptation to be both a refresher and newly insightful.