Schoolmate of Kavanaugh's accuser: "This incident did happen." 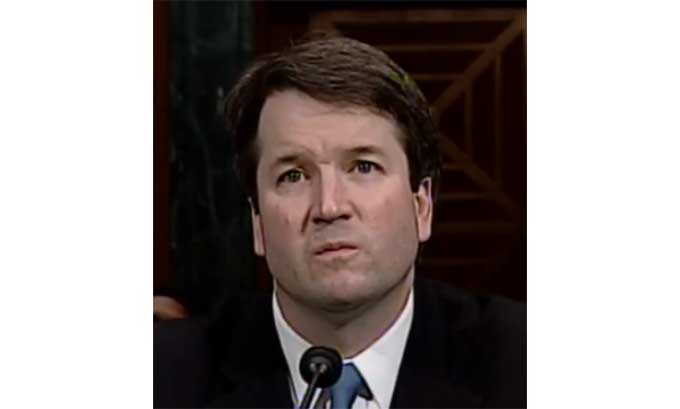 Cristina Miranda King was a schoolmate of Christine Blasey Ford, the woman who says Supreme Court Nominee Brett Kavanaugh locked her in a room and tried to rip her clothes off at a high school party.

King posted to Facebook that she remembers hearing about the alleged assault. "I did not know her personally but I remember her," wrote King. "This incident did happen... Many of us heard a buzz about it indirectly with few specific details. However Christine's vivid recollection should be more than enough for us to truly, deeply know that the accusation is true." King has since deleted the post.

She said on Twitter that she deleted it "because it served its purpose and I am now dealing with a slew of requests for interviews … Organizing how I want to proceed. Was not ready for that, not sure I am interested in pursuing. Thanks for reading."

She later posted on Facebook: "To all media, I will not be doing anymore interviews. No more circus for me. To clarify my post: I do not have first hand knowledge of the incident that Dr. Christine Blasey Ford mentions, and I stand by my support for Christine. That's it. I don't have more to say on the subject. Please don't contact me further."

Last night, Trump snubbed Nancy Pelosi by ignoring her gesture to shake his hand before his State of the Union address. At the end of the address, she snubbed him back by ripping up her copy of the speech. “It was the courteous thing to do considering the alternative,” she later told reporters. And then […]

View this post on Instagram A post shared by @sachabaroncohen on Jul 8, 2018 at 3:04pm PDT Sacha Baron Cohen, the man behind Ali G and Borat, is back with a new show which premieres this weekend. In the promo for the satirical half-hour series, called Who is America?, the British comedian can be heard […]