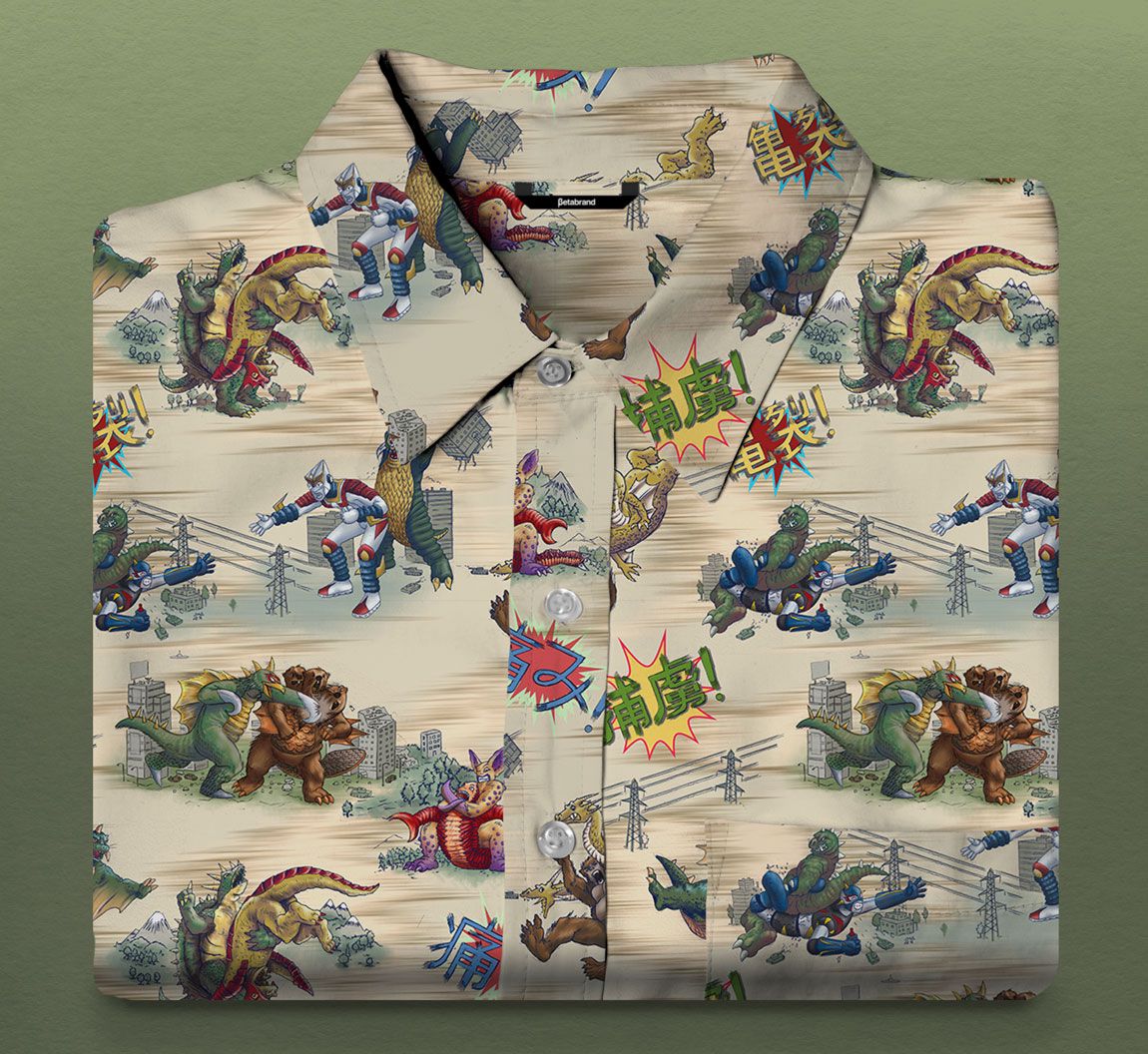 Ever wonder would it look like if Japanese sci-fi monsters were battling it out -- wait -- on a mens' short-sleeved button-down shirt? Wonder no longer. San Francisco clothier Betabrand has made the slim-fitting Kaiju Cage-Match shirt. It depicts several massive monsters, including "the internet's first three-headed beaver," duking it out.

Hailing from Parts Unknown, these bloodthirsty kaiju are settling ancient beefs once and for all in a wrestling match for the ages. Tokyo, beware!