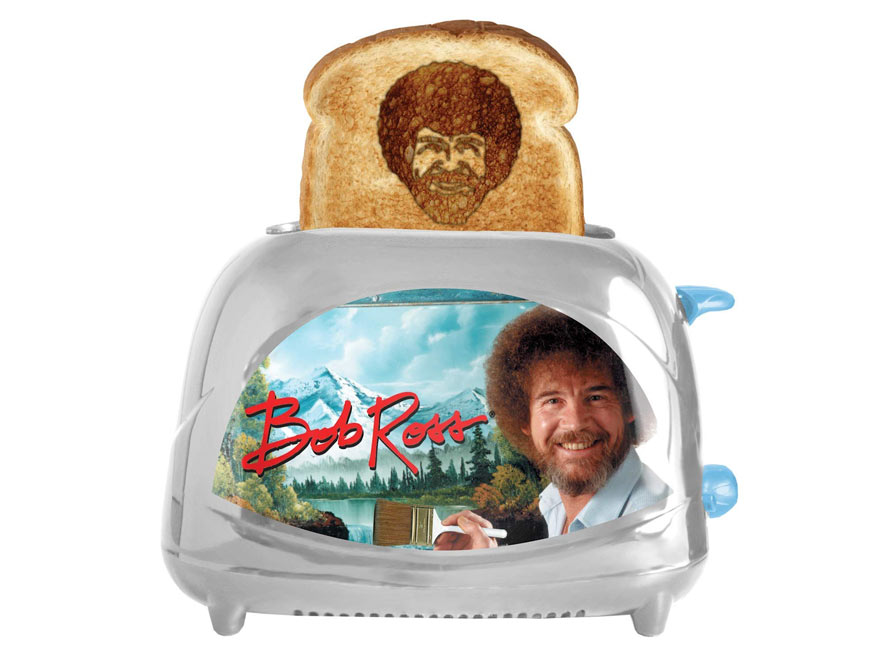 If a Bob Ross TOASTER isn't gloriously leaping over the "officially-licensed Bob Ross merchandise shark" with red, white, and blue streamers, I don't know what is!

Don't get me wrong, I love every inch of its modern-day kitsch aesthetic. From Bob's smiling mug and signature on the toaster's front to the feature that actually chars an image of the late great Joy of Painting host on the bread itself, fro and all. It's truly something to behold. But I can't help but feel sad that Mr. Ross himself wasn't around to experience his fantastic late-capitalism legacy.

It's touted as, "The perfect present to cheer up any artist's kitchen." You can get one for the artist in your life for $39.95.

Or not. New rule: You haven’t jumped the shark until your likeness is made into a “sexy” Halloween costume.