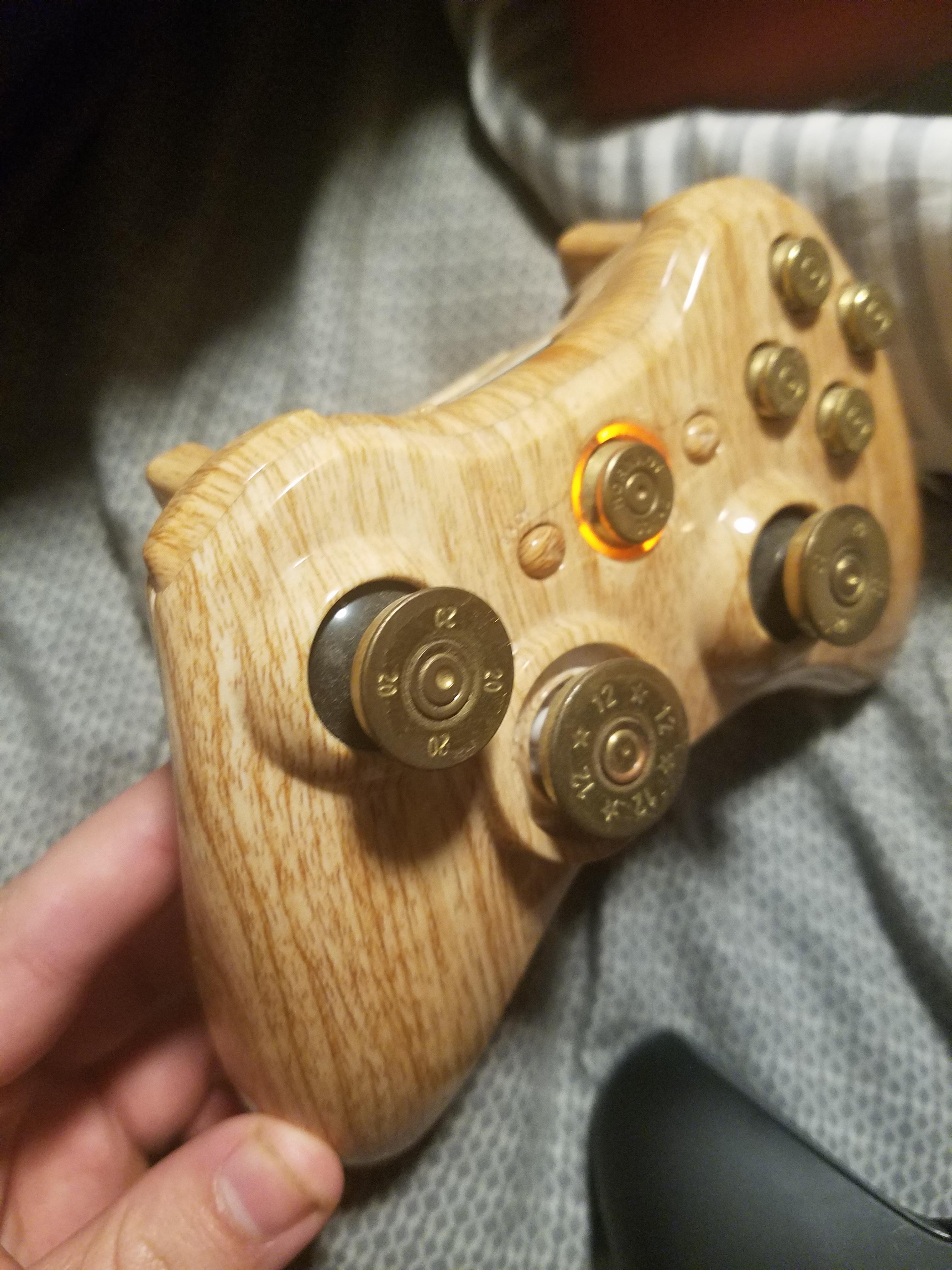 Redditor Ch8s3 created this custom game controller by creating a new case, seating the mainboard in it and soldering new LEDs on, then swapping out the buttons for dremeled-out shell-cases from a Luger 9MM, a Remington 20, and a 12 gauge Hornady 50 caliber. It's beautiful work.