Visualizing the relative evasiveness of Kavanaugh and Ford 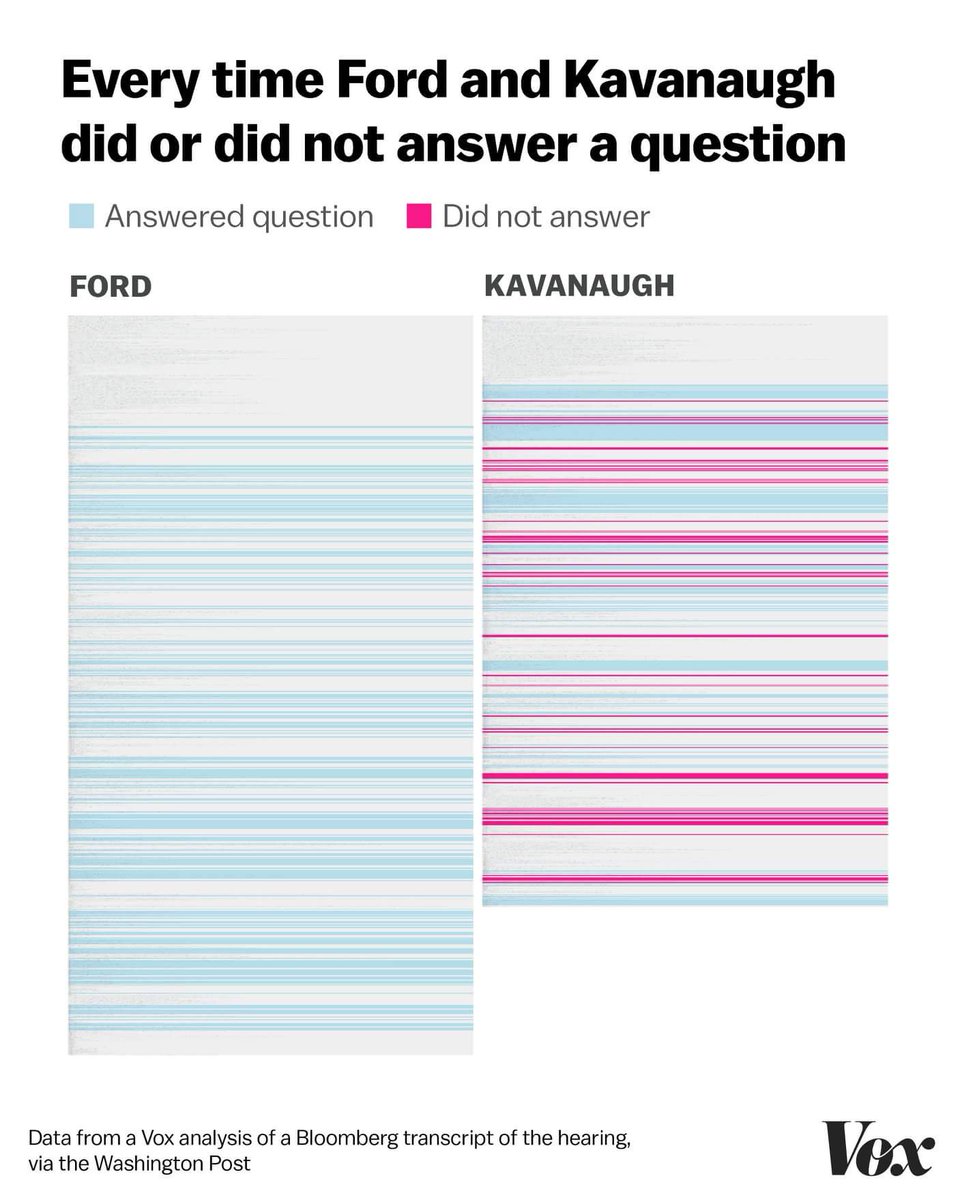 Kavanaugh didn't just DARVO his way through yesterday's hearing: his bluster, tears, rage, and blame-shifting also allowed him to dodge a remarkable number of questions raised by the senators.

Ford, by contrast, answered virtually every question put to her.

Vox went through the transcript and painstakingly logged whether each question raised was addressed. They confirmed the impression that Kavanaugh was dodging the questions and Ford wasn't, and produced an excellent interactive graphic that allows us to visualize the both witnesses' forthrightness and drill down on each question and statement.