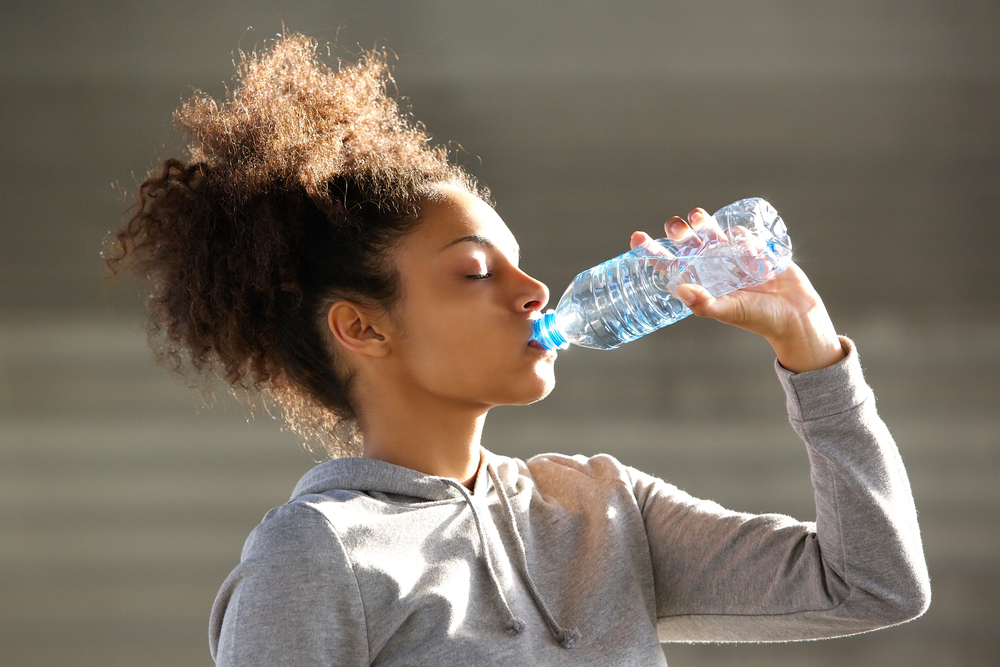 If you are a woman who struggles with the pain of recurring urinary tract infections, a new study suggests that drinking more water could help.

The women in the study were of pre-menopausal age.

From an accompanying editorial comment by Dr. Deborah Grady of the University of California, San Francisco, who serves as deputy editor for JAMA Internal Medicine:

For decades, it has been said that increasing fluid intake could help prevent or cure urinary tract infections. In this issue of JAMA Internal Medicine, a randomized clinical trial confirms that folk wisdom. Hooton and colleagues randomized women with 3 or more episodes of cystitis in the prior year to consume 1.5 L of water per day (three 0.5-L bottles) in addition to their usual intake, or to consume no additional water. The women who consumed additional water had an approximately 50% reduction in number of cystitis episodes in the year after randomization and were prescribed fewer antibiotics. We realize that this trial was not blinded, the primary outcome was self-reported, and it was sponsored by Danone Research, which sells the bottled water used in this study. However, the research question is important and the intervention was safe, easy, and effective (and it would be impossible to blind a trial in which drinking water is the intervention). As the authors note, the reduction in episodes of cystitis is likely due to increased urine volume and voids that reduce bacterial load in the bladder. Given this, it seems clear that any safe-to-drink water will do, including your local tap water, which will also spare the environmental impact of bottled water and improve the cost-effectiveness of the intervention.

From CNN's report on the study:

Drinking 1.5 liters a day is the equivalent of about six cups of water or four 12-ounce bottles of water. (...)

At least half of all women are at risk of what doctors call "acute uncomplicated cystitis" or "urinary tract infections" at some point in their lives. Once they get one, about a quarter of those women will get another within six months. Up to 75% of women will have another within a year. The intense burning, itching and frequent urination can make life miserable.

And in related health reminders -- this one's for guys, too -- the cranberry juice and UTIs thing is apparently bullshit.