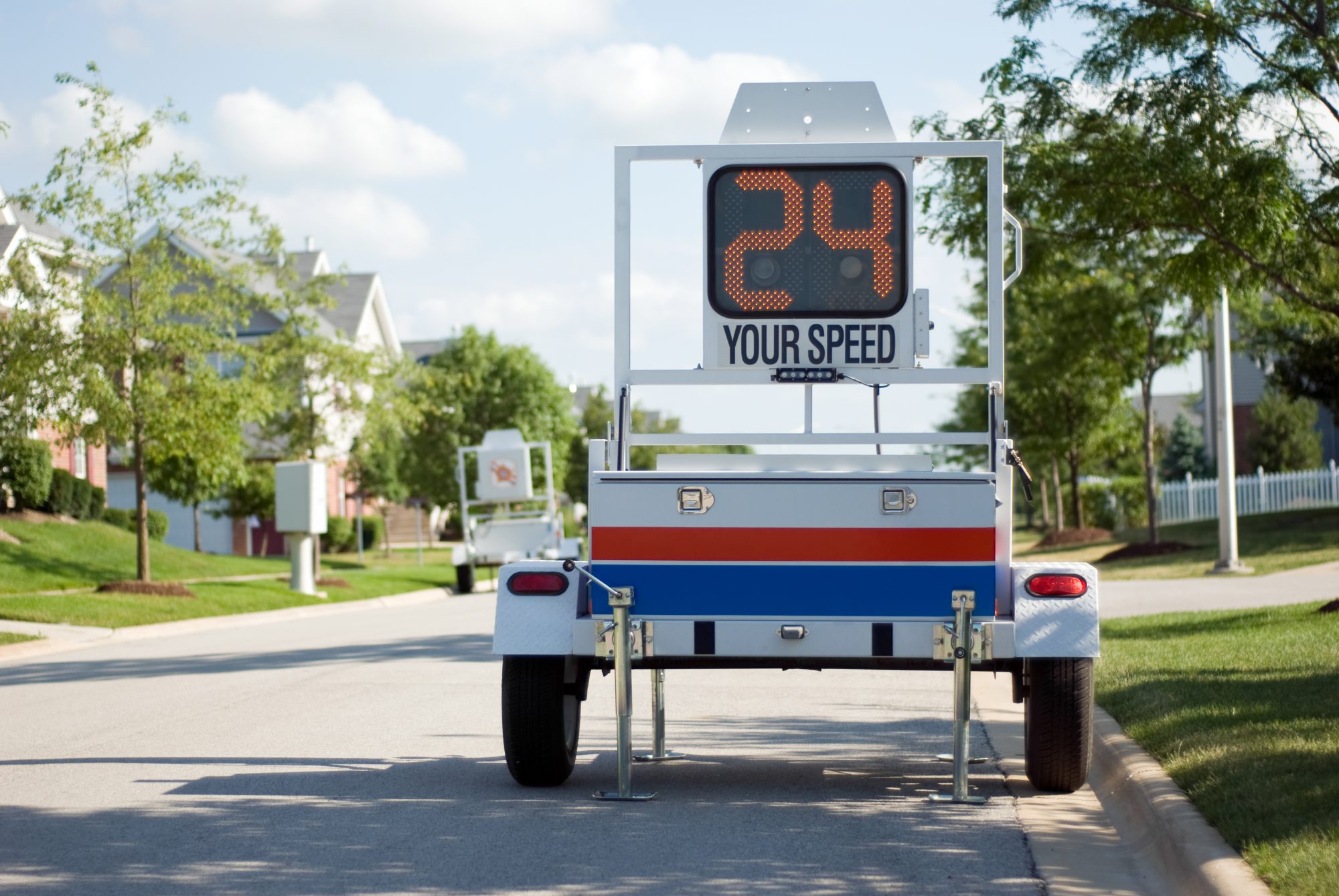 Justin Rohrlich warns that those mobile trailer-mounted signs displaying your MPH are also recording number plates and taking photos of the driver and passengers. The cameras are being retrofitted to existing models.

According to recently released US federal contracting data, the Drug Enforcement Administration will be expanding the footprint of its nationwide surveillance network with the purchase of “multiple” trailer-mounted speed displays “to be retrofitted as mobile LPR [License Plate Reader] platforms.” The DEA is buying them from RU2 Systems Inc., a private Mesa, Arizona company. How much it’s spending on the signs has been redacted.

Two other, apparently related contracts, show that the DEA has hired a small machine shop in California, and another in Virginia, to conceal the readers within the signs

Be under no illusions about the extent of what the cameras are recording.

Some LPR cameras can capture “contextual photos,” which include shots of the driver and passengers. Companies like Palantir Technologies, which was co-founded by controversial venture capitalist Peter Thiel in 2003, are incorporating facial recognition technology into license plate reader software; officers can access Vigilant’s “Intelligence-Led Policing Package” on their mobile phones.