How can stenographers keep up with a speaker 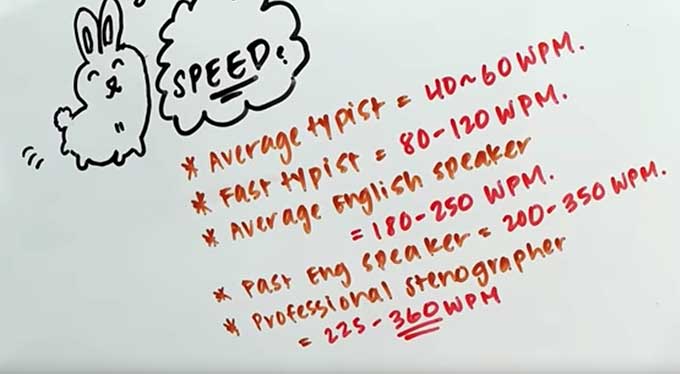 I never knew how those machines that court reporters use to record testimony worked until I watched this video. Stan is a stenographer and he explains how he is able to make a real time transcription of speech.

Benjamin Bennett has a YouTube channel of 300 videos where he silently sits in a corner for four hours and smiles into the camera without taking a break. Yesterday he made an 8-hour video of sitting and smiling. He also has a newer video series called “Walking and Talking” where he rubber bands a camera […]

Man writes words with his voice

This fellow has learned to write the word MINIMUM on a computer running a frequency application. Bonus: watch the video with closed captions enabled.