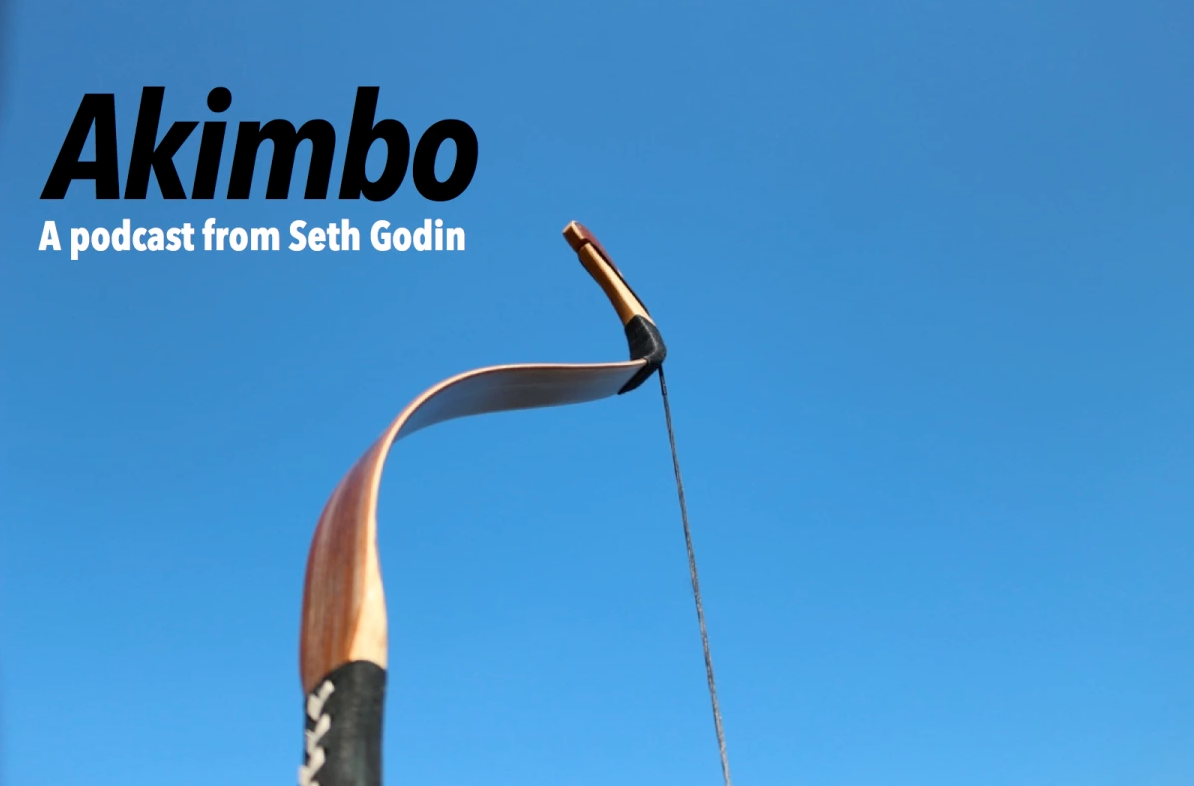 Now, I think of Seth Godin as a marketing guy, and he is. But this podcast is something more. It goes beyond that. I guess what I'm saying is that I think it would be interesting to non-marketing folks.
. As I listened to it, I took down pages and pages of notes, occasionally stopping the recording to reflect how his lessons apply to me and my work.

For example, his episode on origin stories got me thinking about what I've told myself about how I got to be who I am, what choices I've made as a result, and how much of that story and those choices have informed my whole life's journey.

Again, it's called Akimbo. It's in its second season now (it started in February of this year), so there's plenty of content to binge on. You don't have to start at the beginning like with other podcasts but I would. I did. Each episode is about 20 minutes long.