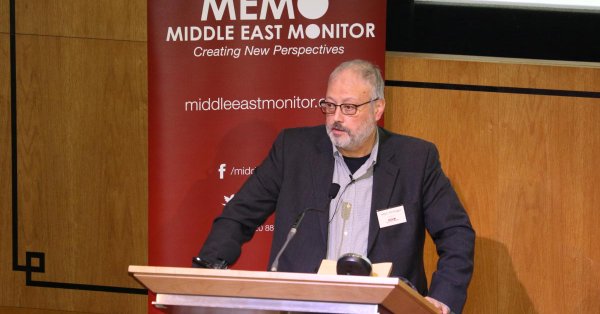 The Saudi prosecutor who delivered the government's findings today gave this explanation for Jamal Khashoggi's death: a heated discussion happened in the Saudi Consul in Istanbul between Jamal Khashoggi and people at the embassy who saw him. This encounter turned into a fist fight, which resulted in Khashoggi's death.

Tweets from the time the news broke, below.

THEY'RE SAYING HE FOUGHT 18 GUYS. He was a journalist. Not freaking Bruce Lee. pic.twitter.com/HOvc3yKzfe

Saudi authorities’ assessment of how Jamal was killed:

“discussions that took place between citizen Jamal Khashoggi & the persons who met him during his presence at the consulate in Istanbul led to a fight & quarrel by hands, which caused his death.” pic.twitter.com/FBhpIyuQCv

Where is the body? Why dismiss Qahtani & Assiri if it was just an accident? If cut off, why was the bone saw there? Why the autopsy expert? Etc

The Saudi story only confirms what the Turkish authorities told us all along, without the details.

“Fist fight” was the word

BREAKING: #Saudi Prosecutor says heated discussion happened in Consul in Istanbul between Jamal #Khashoggi and people who saw him, turned into quarrel, fist fighting which led to his death https://t.co/0hgPtAZRlw

BREAKING: #Saudi Authorities confirm death of writer Jamal Khashoggi. Prosecutor announced arrest of 18 people, all are Saudis, in the case. It says death occurred after a quarrel at the Saudi Consulate in Istanbul.

this is basically “uh, he fell” https://t.co/PjYoxGrAzq

The timing of the Saudi announcement is fascinating...and might tell us a lot about the intended audience.
It’s an AMERICAN Friday night news dump.

Two weeks to say he died in a brawl. This needed an investigation, huh? And still no trace of his body. Reminds me of the IQ of Syrian state media: “Today we arrested two terrorists who blew themselves up.”

Of course MBS has been put in charge of the investigation. Fox has keys to hen house.

The Saudis want you to believe a reporter in his 60s got in a fight in a consulate with more than two dozen men who were, apparently, wielding a bone saw.

Because naturally in a fight you bring out the bone saw & have the medical examiner on stand by in a consulate.#JamalKhashoogi #SaudiArabia https://t.co/ZYwjklmXyU

My extremely speculative guess, based on no special evidence or insight, is that Saudi Arabia would not release this statement if they still believed Turkey may leak recordings of the killings. Deal is maybe/probably done.

One most important headlines of this evening is this: