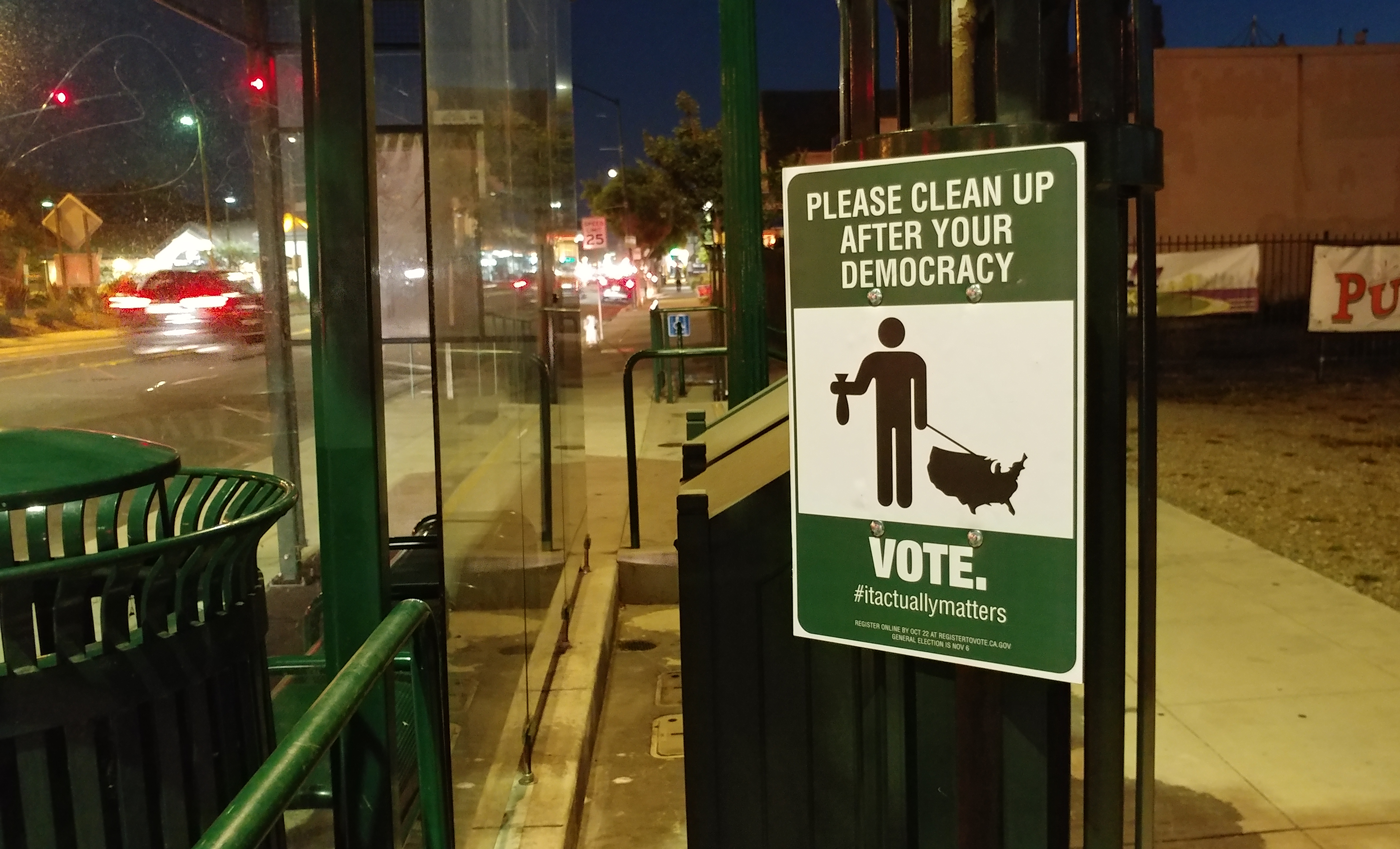 photo by Rusty Blazenhoff (VoteBitch tipped me off on a few of the locations so I could photograph the signs. The lead image was captured at the bus stop on Webster Street near the corner of Atlantic Avenue in Alameda.)