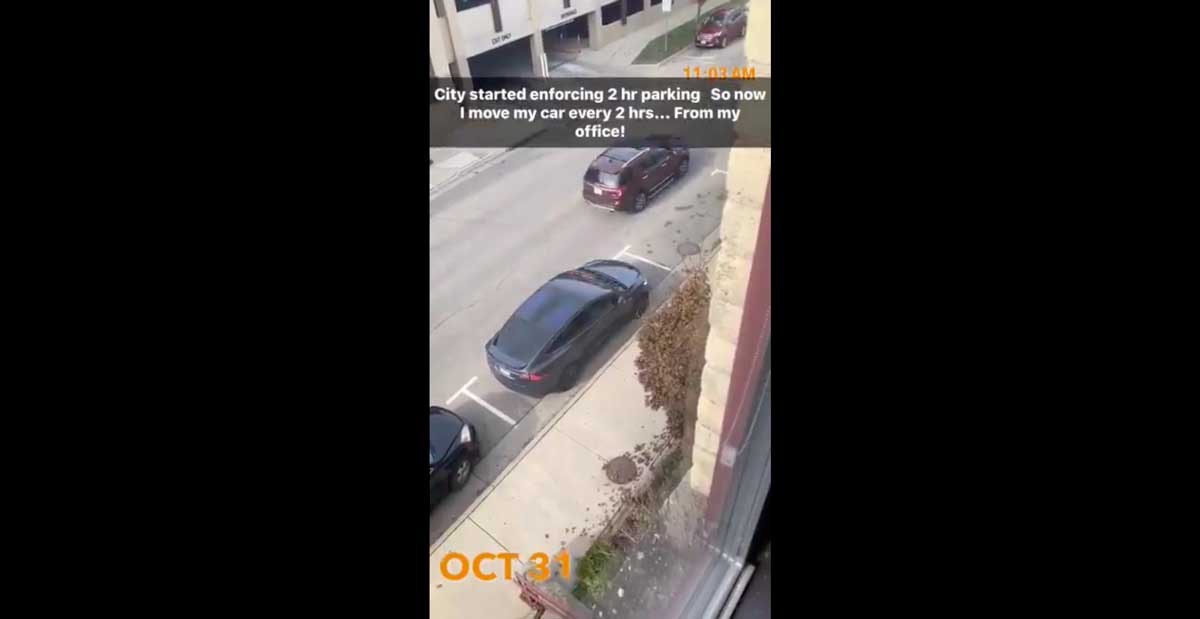 Tesla owner Shawn Kennedy works in downtown Janeville, Wisconsin. The city recently imposed a two-hour parking limit. Kennedy now uses the "summon" feature (meant to be used to have your car drive up to you when it is in a parking lot) of his Tesla to move his car every two hours from the convenience of his office.

I was not sure when I would use this feature... till today. @elonmusk @tesla pic.twitter.com/bC6rFt2SuW