"Monopoly for Millennials" recommends playing in your parents' basement 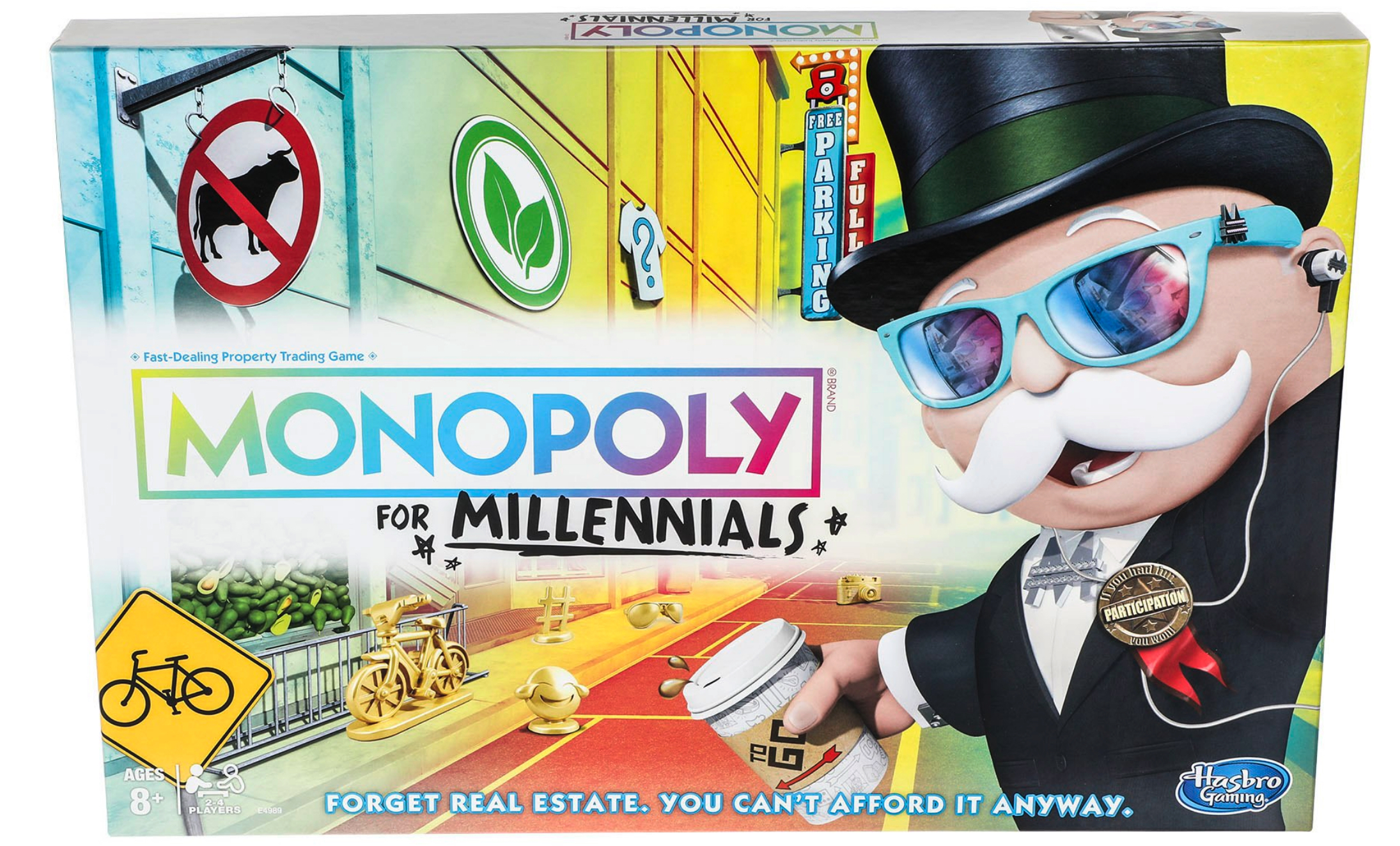 Just in time for the holidays, Hasbro has released "Monopoly for Millennials", the game where you're encouraged to take a break from the rat race because "adulting is hard."

This should go over well.

Money doesn't always buy a great time, but experiences, whether they're good -- or weird -- last forever. The Monopoly for Millennials game celebrates just that. Instead of collecting as much cash as possible, players are challenged to rack up the most Experiences to win. Travel around the gameboard discovering and visiting cool places to eat, shop, and relax. Interact with other players via Chance and Community Chest cards, (which are super relatable). And players don't pay rent -- they visit one another, earning more Experience points. This board game is a great way to bring a fun and relaxed vibe to a party or casual get-together.

That's right - there's no rent to pay and no real estate to buy because, as it says on the front of the box, "Forget real estate. You can't afford to buy it anyway."

Experiences include a 3-day music festival, a friend's couch, a vegan bistro, bike share, and yoga studio. A hashtag and smiley face emoji are among the tokens. The person with the most student debt rolls first. Uncle Pennybags is wearing a participation ribbon.

The reaction has been less than appreciative.

I'm not sure who @hasbro made Monopoly for Millennials for? As if we don't get shit on enough lol... A game about millennial life should absolutely include paying rent. A lot of it. The vast majority of us can't afford to spend money on "experiences." Anyway, disappointed.

I feel "Millennial Monopoly" is a perfect, easy-to-understand example of what negative Cultural Appropriation is.

"When I was a child I thought as a child ..."
As a kid I used to collect Monopoly sets. (True story.)
"But when I became a man I put away childish things."
I don't collect anymore. But I do own my own house.
Dear @Hasbro,
Learn who your audience is.
Me, a millennial.

What is all the hubbub, bub? Gen X is doing just fine playing video games while it appears some Millennials are unable to keep up with the kids. Vice: Those who grew up playing games online know just how easy it is to blame poor performance on factors outside of your control. That person who’s […]