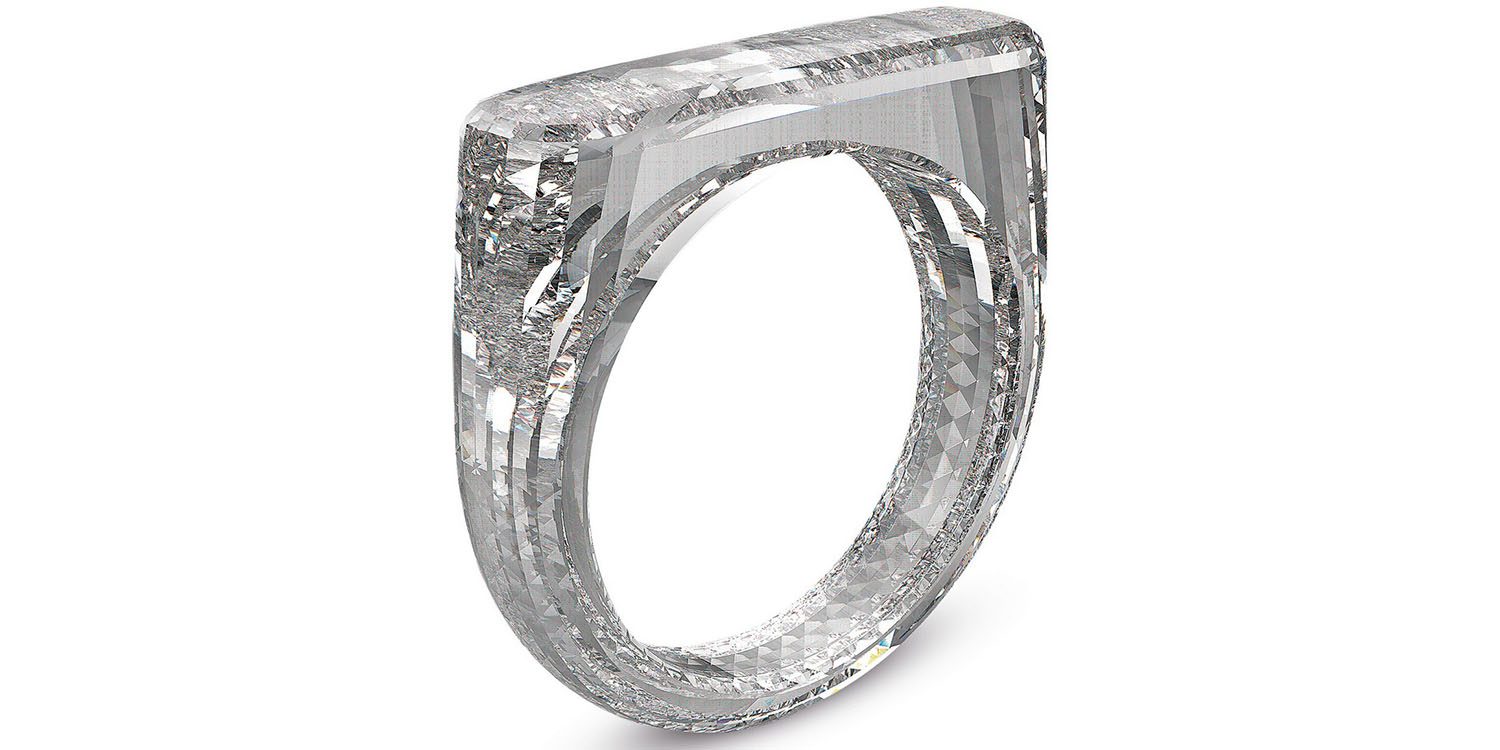 Theirs will be created by removing material rather than adding – an ambition made possible by the extraordinary scale of the stone which will enable the ring to be completely made of this material.

Creating a ring-shaped diamond is no small feat; the diamond block will be faceted with several thousand facets, some of which are as small as several hundred micrometers. The interior ring will be cylindrically cut out for the desired smoothness using a micrometer thick water jet inside which a laser beam is cast. The finished ring will have between 2000-3000 facets which has never been seen before on a single piece.

It'll be made from a cultured diamond and is expected to fetch $150-$250k. It looks great, but is difficult to upgrade and tends to overheat if you leave magazines on top.