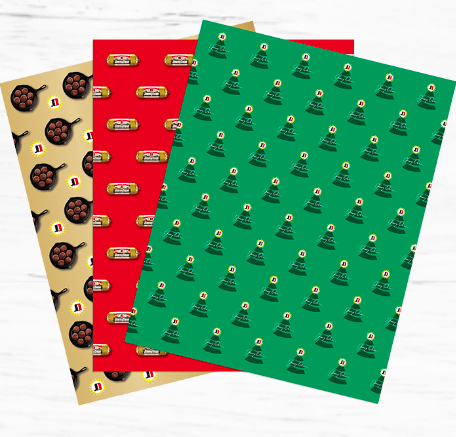 Sausage brand Jimmy Dean is offering wrapping paper that smells like their product line as part of a promotional "recipe gift exchange." To get some of this sausage-scented wrapping paper, you just have to cook up a recipe using their sausage and submit it to their exchange. You can then pick the wrapping paper, or one of the other branded things they offer, as your gift. Then you can enjoy the magic of huffing the meaty-smelling presents under the tree. Or not.