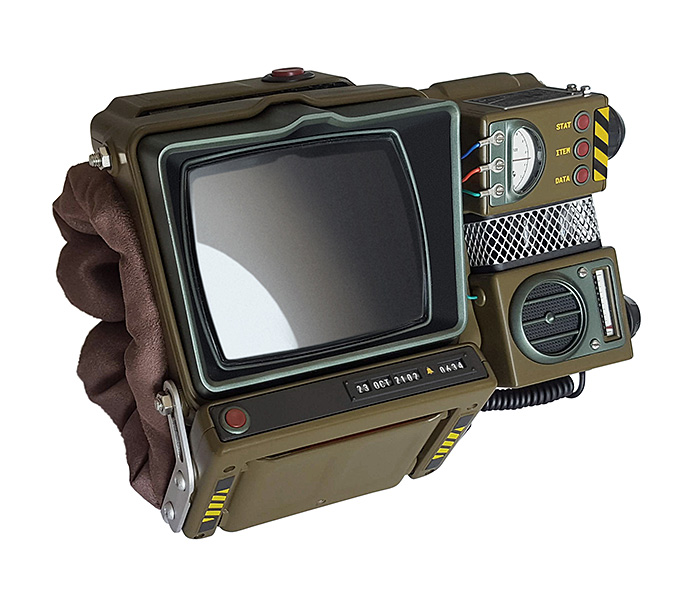 From Thinkgeek, the $150 Fallout 76 Pip-Boy 2000 Construction Kit, a full-sized, wearable replica of the Pip-Boy 2000 Mark VI, in a vegan leather case, with a "completely in-world instruction manual." (via Wonderlandblog)